The mainstream media have framed Italy’s general election as a victory of the anti-establishment populists. However, there seems to be something even worse than pure populism: fraud.

Two forces have won the biggest share of seats in Parliament: the Five Star Movement, which claims to be “neither left nor right” and is now Italy’s major single party, and the centre-right coalition, led by the far-right Lega (formerly Lega Nord).

As Italy is about to start its 18th parliamentary term, those forces also have the final say on the presidencies of the Senate and of the Chamber of Deputies. The recent agreement between the Five Stars and Lega on the two highest offices after the Head of State has shown a potential convergence for a government coalition.

How the populist won the election

Both parties have built their electoral campaigns on delegitimising the centre-left Partito Democratico (PD) and the European institutions, with a combination of social media trolling and constant dissemination of fake news. They accused the PD government of allowing an alleged invasion of criminal immigrants while disregarding Italians’ real needs, such as better jobs and lower taxes. They also blamed the Democrats for being too docile to the European Commission’s austerity measures and stability pact during the economic crisis.

Furthermore, the populists promised some unrealistic and impracticable plans both to curb immigration and to raise people’s incomes and boost economic growth. The Five Stars’ main electoral proposal was based on the introduction of a “citizenship income”, which would give every single unemployed about 800 Euros a month. Not surprisingly they won all over the South, where high unemployment persists, as well as informal economy and tax evasion are widely spread. This proposal alone would cost at least 15 billion Euros for eight-and-a-half million people, according to a conservative estimate of the National Institute of Statistics. Such an investment is not realistic in a country where the 2018 budget law amounted to 20 billion.

Even worse, the Lega pledged to reform the current progressive tax system, introducing a 15 percent “flat tax” – just as in Russia and in some other Eastern European countries – to help small and medium-sized businesses, in most part in the North of Italy, where the Lega is more popular than ever. Economists agree that this measure would reduce the state’s income by about 155 billion Euros, which would lead to inevitable cuts to public spending and essential services, such as healthcare and education.

Also, right-wing leaders, including Silvio Berlusconi, claimed they would immediately deport all the 600,000 undocumented migrants, not revealing that most of them are over-stayers who have lost their jobs and could not renew their work permit, due to the 2002 immigration law imposed by the right-wing government. What they didn’t say is where they would send back those people, in large part refugees, since there isn’t and cannot be any serious bilateral agreement with the countries of origin.

The government formation will be complicated

Populists knew from the beginning that those were empty words and that none of their parties would win the majority in Parliament with the current electoral law, which is based on a proportional system. Now they will have to forge a new coalition and drop most of those plans, probably blaming the electoral system for not allowing them to fulfil what promised.

In the coming weeks, the Head of State Sergio Mattarella will start and consult significant parties in an attempt to form a stable government with a solid majority in Parliament. The task is complicated since both the right-wing coalition and the Five Star movement claim they shall be in power. The two winning leaders, Five Stars’ Luigi Di Maio and Lega’s Matteo Salvini, said they would accept support also from the Partito Democratico, which has won nearly 20 percent of votes. However, the Democrats rejected this proposal immediately.

So the most likely option is a coalition between the Five Stars and Lega, which already have in common an open sovereignist agenda.

None of the populists could have expected to win the absolute majority. Mr Di Maio had his first seat in Parliament in 2013 at the age of 26 with no previous work experience nor academic qualification, while Mr Salvini is well known for his open racist and sexist remarks, in addition to high absenteeism as Member of the European Parliament.

Therefore, more than an actual victory of the populists, Italy has witnessed an unprecedented defeat of the progressives. Since 2013, the three governments led by Democrats’ Enrico Letta, Matteo Renzi and Paolo Gentiloni have achieved some real results, both in economic and social terms.

Progressives had inherited a harsh economic crisis and a disastrous financial situation from Silvio Berlusconi’s executive. Whereas in 2013 the Gross Domestic Product had fallen by 1.9 percent, last year it increased by 1.5 percent, reversing an economic situation that had been stagnant for too long. Over the previous five years, formal employment has grown by 2 percent, and the tax burden has decreased by 4 percent.

There are more than 4.7 million Italians now living in absolute poverty, which is nearly the double than it was ten years ago. This is why the government introduced a new measure “Income for Inclusion” which aims to provide new forms of financial support to people in poverty.

However, the confusion created by the populists has obscured these facts and figures during the electoral campaign.

On migration, populists have tried to foster xenophobia criminalising undocumented migrants and NGOs that rescue people at sea and those who defend refugees’ rights.

Instead, to stop deaths at sea and to fight human trafficking across the Mediterranean, the Gentiloni government recently launched bilateral agreements with transit countries in Africa to assist asylum seekers and relocate them in Italy directly from there. Of course, a solution to mass migration from Africa cannot be achieved in a single term and by a single European country. It requires long-term investments and political action in sending countries to allow true development and political stability.

As for the five million foreigners who reside legally in Italy, they are all workers who actively contribute to national income and the pension system. National statistics show that they give more than they receive regarding social security and public services.

The mistakes of the progressives

So what did the progressives do wrong? Could this be just a matter of communication or is there something worse?

For sure, there has been a deterioration of the public debate’s quality caused by social media and fake news, just like it happened in the United States with Donald Trump.

“We see polarisation, alternative information universes and the rise of autocracy,” David Brooks commented in his op-ed on Italy’s election for the New York Times.

On fake and fraud politics, it is worth considering that in Italy the Five Star Movement began as an online grassroots decision-making platform, led by the anti-establishment comedian Beppe Grillo. They pretended to be the only real option to create unmediated and grassroots democracy, but the members seem they have no power at all. As shown on many occasions, their online platform is more like a top-down tool in the hands of Mr Grillo and of a digital firm in Northern Italy that takes all the crucial political decisions.

However, the harsh defeat of the PD has also deeper causes. There have been constant attempts by the party minority and the radical Left to delegitimise the leader Matteo Renzi, who resigned after the vote. A few months before the election a minority within the Democrats split of the party and created an alternative leftist party “Liberi e Uguali” (Free and equal). It won got a very modest electoral result of 3.2 percent.

Mr Renzi has made his own mistakes as well, like last year’s constitutional referendum that he desperately wanted and then lost badly. Also, despite the recent positive economic outcomes, he could not change the perception that so many Italians have of labour precariousness and a general impoverishment of the middle class. As the polls and the general election show, more and more Renzi and his closest allies are seen as an elite that is keener on partnering with global brands like Amazon than preventing factory closures and improving working people’s lives.

It will take some severe rethinking now about the Democrats’ best leadership and its true nature if they want to regain trust and support by their electoral base. But it will also require some deeper analysis about the progressive narrative they have used so far if they want to reverse the situation and expose the populists’ political fraud. 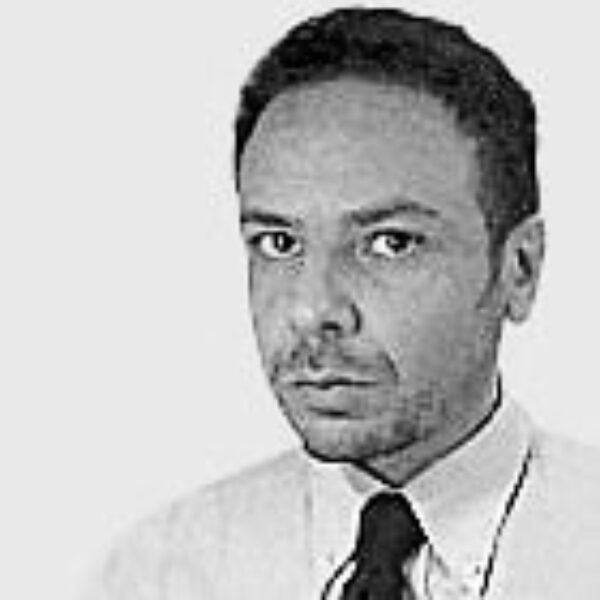 Vittorio Longhi is an Italian journalist of Eritrean origin. His writing has been published across a range of print and online media, including the Associated Press, the Guardian, the New York Times and La Repubblica.