The Visegrad Four has aroused the minds and hearts of political spectators and actors alike lately: From a rather innocent and inconspicuous platform for informal regional cooperation, the V4 has evolved into a perceived antithesis of the European political mainstream in recent years. Yet, is this a mere snapshot of the current state of the V4 or a lasting development? What does the future hold for the V4? And, more importantly, how can progressive forces actively shape this future? Responses of our experts at the second international roundtable on ‘Future Scenarios for the Visegrad Group’ were mixed. Yet, on one aspect there was broad agreement: It is about high time to reinvent progressive politics – both spatially and thematically.

On 24 October 2017, the Foundation for European Progressive Studies (FEPS) and Das Progressive Zentrum launched the second episode of their joint project ‘Future Scenarios for the Visegrad Group’. The first expert roundtable on the Visegrad Four (V4) had taken place at the premises of Das Progressive Zentrum in Berlin and had been geared towards a diagnosis of the status quo prevailing within the V4, including the interests of each of the individual V4 member countries. Building up on the stock-taking exercise performed in Berlin, the second get-together on the V4 aspired to be more analytical and forward-looking in its focus: In this vein, the stated objective of the second roundtable was to envision possible future scenarios for the Visegrad Group and to sound out potential options for progressive alliances within the V4. Further, inasmuch as all V4 states are, at the same time, Member States of the European Union (EU) and, hence, their fate is inextricably linked with that of the Union (and vice versa), the EU was a recurrent theme throughout the discussion.

A productive and purposeful debate on as complex and comprehensive an issue as the future of the V4 requires, by necessity, the presence of highly competent and well-versed experts. To this effect, FEPS and Das Progressive Zentrum, once again, invited a number of renowned scholars, policy-makers and civil society representatives to advance the discussion on the future of the V4 from a progressive angle. Substantive input was provided by Dr. Ireneusz Bil (Director, Amicus Europae), Dr. Ania Skrzypek (Senior Research Fellow, FEPS), Martin Michelot (Deputy Director, EUROPEUM Institute for European Policy), Prof. Andrea Pető, (Professor, Central European University) and Katarína Neveďalová (Senior Diplomat, Permanent Representation of the Slovak Republic to the EU). Concluding comments were delivered by Dr. Ernst Stetter, Secretary General of FEPS.

During the first part of the event, the panelists sketched out possible directions which the V4 might take in the near future and debated on the implications this would have for the EU – V4 relations in particular. Thereby, roughly three scenarios were distinguished: One option is that the V4 becomes, what may be termed, the ‘Benelux of the East’. If, in fact, the Visegrad Group followed this path, cooperation within the V4 would intensify and other existing alliances beyond the V4, such as those with the EU and NATO, would be strengthened. For the Union this would mean that legislative initiatives and reforms designed to deepen cooperation in the sphere of foreign and security policy, to accelerate the transformation of the EU into a knowledge-based and innovation-driven economy and to foster efforts to enhance energy autonomy and security would fall on fertile ground within the V4.

Yet, another scenario, namely the development of the V4 into a well-integrated but wholly EU-disinterested forum for cooperation (‘the troublemaker’ scenario) cannot be excluded either. This would imply an evolution of the V4 into a de facto alternative to EU integration driven by a different narrative (i.e. a different vision of democracy) and diverging policy preferences compared to the European political mainstream (e.g. in the area of migration policy, foreign and security policy, climate change policy etc.). It goes without saying that if the V4 were to take such a development, this might result in the entrenchment of intergovernmentalism as dominant mode of governance in the Union – with lowest common denominator bargaining and narrow nationalist agendas constituting the sad hallmarks of day-to-day politics at the European level.

Ultimately, a third possibility as far as the future development of the V4 is concerned might be disintegration. Disintegration, thereby, should not be taken to imply a complete break-up of this regional alliance but a (temporary) cessation of meaningful cooperation between the V4 members. Pursuant to such a scenario, individual V4 member countries might look for their closest allies beyond the Visegrad Group (e.g. Slovakia and the Czech Republic might shift their foreign policy focus towards Austria in the context of the so-called ‘Austerlitz-format’ (‘Slavkov triangle’)). The V4 itself would, for the time being, be put on hold and would cease to exert any notable influence at the EU level. Yet, inasmuch as V4 cooperation would be merely dormant rather than a categorical no-go for its members, pragmatic ad-hoc collaboration between them would always remain a viable option in the event of converging interests.

So what is the most likely eventuality under present circumstances? Currently the V4 appears to be caught somewhere in between spontaneous concerted pragmatism (e.g. relocation scheme for refugees) and blatant internal disagreement (e.g. the re-election of Donald Tusk as president of the European Council or the overhaul of the posted workers directive). Indeed, if this tendency continued, the V4 would gradually go down the road of disintegration – however, with intermittent and sudden episodes of cooperation on issues of common concern. The likely new Czech prime minister Andrej Babiš, himself an outspoken realist and pragmatic, would not change these dynamics. According to some of the discussants Babiš will turn to the V4 if it suits him while, at the same time, being careful not to antagonize the EU and its most powerful Member States in any significant way.

So what is the role of the ‘progressive’ forces in all of this? Do progressive political parties and civil society actors stand a chance to alter the political landscape for the better or, more moderately, can they avert any further deterioration in Poland and Hungary as far as the erosion of some of the fundamental values of liberal democracy are concerned? These questions guided the second part of event. Yet, on this matter, the discussants were rather pessimistic in their outlook. Indeed, to capture the nature and magnitude of the problem which besets progressive actors in each of the V4 countries (and beyond) the image of the ‘polypore state’ was invoked: a state which is occupied by a polypore-like formation, which feeds off structural deficiencies in said country and evolves into some kind of parallel state within the state.

Yet, what can be done to solve this dilemma? How can progressive actors re-enter the political arena so as to institute societal and political change? Two strategies were presented by the panelists, which, while different in focus, may overall be viewed as mutually reinforcing: First, emphasis was placed on the necessity to take more account of local contexts in the development of grand progressive visions for our society. That is to say, there is a need for progressive local actors which channel global concerns towards their local contexts so as to make progressive visions better understood. If progressive ideas are kept at their current level of abstraction, they will not reach their desired audience and, what is more, will continue to be prone to appropriation and re-conceptualization by (neo)conservative forces. Second, while the local dimension is central for new progressive strategies, there is also an urgent need for progressive actors to differentiate themselves more visibly thematically: A progressive vision of our society must become a real alternative again. This requires a sharpening of the progressive profile through emphasis on fundamental differences vis-à-vis conservative and far-right political parties and movements.

A short report presenting the findings of the first #V4Future Roundtable in Berlin is to be found here.

Pictures by courtesy of Michał Szyndel. 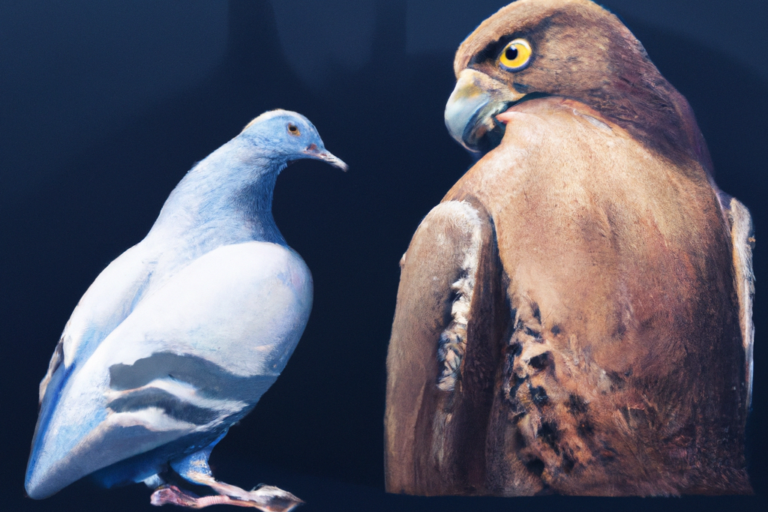 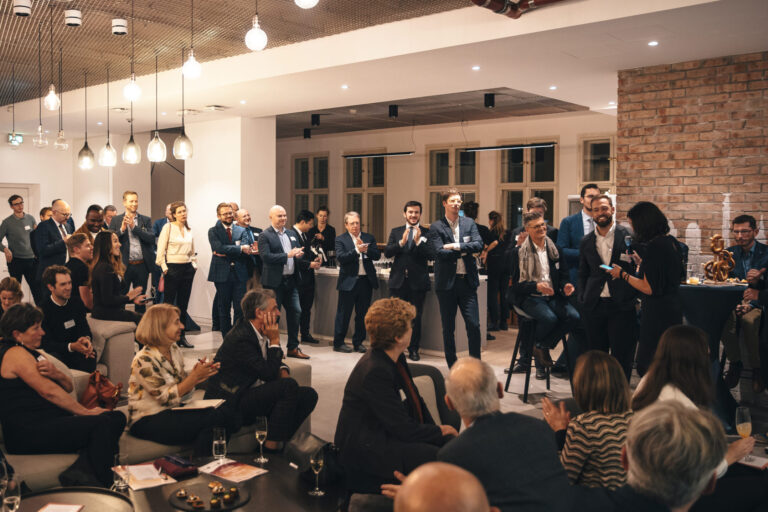 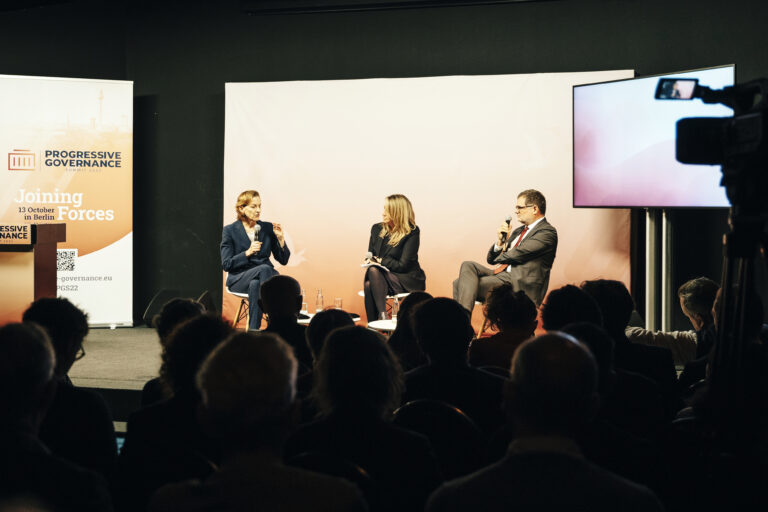