The discussion paper takes a closer look at the European Election Campaigns 2019 in France, Germany and Poland and analyses whether they favoured the emergence of a Europeanised public sphere.

Their work shows greater differences in the national discussions related to the EU in the run-up to the European elections: Germany experienced protests and public debates around Article 13 (“Upload filters”) of the EU copyright reform and rallies that defended the EU against rising nationalism. In France, President Macron and his vision of a „European Renaissance“ as well as climate and environmental policies dominated public debates. Poland focused on debates about its prospects of joining the Eurozone and the chances of wage and living standard convergence between the European core and new Member States.

What the EU needs: A European Public Sphere

The authors observe that despite these national politicisations, the interest of voters in the European campaigns remains limited through language and media consumption – the EU still is considered “far away” and still blamed by the far-right and the far-left for not being accountable, intransparent and responsible for many woes, rather than being seen as a vehicle for common cooperation and tackling urgent challenges such as climate change, migration or inequalities.

Therefore, they conclude that if we want to avert this criticism and protect our democracy, we need to work on building a truly transnational community that is stabilised by the emergence of a European public sphere: through stronger and more coordinated European parties, increased exchanges among parliamentarians, and also a converging media landscape and increased education about political systems in neighbouring countries.

Head of International Dialogue
Maria Skóra was the head of the International Dialogue program area of Das Progressive Zentrum. She holds a master's degree in sociology and a PhD in economics. 2018 Alumna of the Young Leaders Program of the Aspen Institute Central Europe in Prague. 2019 Visiting Fellow at the German Marshall Fund of the United States and AICGS, Johns Hopkins University in Washington, DC.

EU Dispute with Hungary: What’s Next? 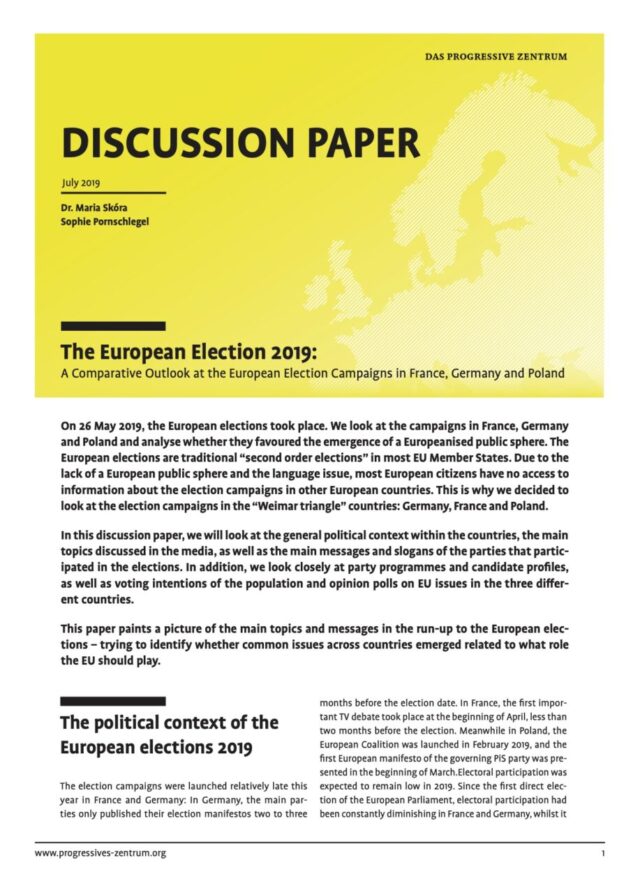