The state parliamentary elections in Rhineland-Palatinate, Baden-Wuerttemberg and Saxony-Anhalt have well and truly shaken the party system. Old coalition truths no longer work. The AfD has stormed ahead in all three state parliaments. It is for the established parties to work out their responsibility for this development.

In the state parliamentary elections on 13 March 2016 interested observers may remember Hans Blumenberg’s study “Shipwreck with Spectators”. In it the German philosopher describes the tense dialectic between terror and security. The crucial point here is the position of the intact observer, which allows the spectator to observe the shipwreck from a safe distance. The terror in terms of the parliamentary elections is Alternative for Germany (AfD). Terror has been inspired by its brilliant march through the state parliaments, especially within the spectrum of the established parties.

The results of the elections have shown three things: firstly, old coalition truths, seemingly cast in stone, no longer apply. The party system has changed. New alliances and power options are possible and necessary, perhaps even within the Federal Government.

Secondly, the parties have focused primarily on the concept of “personality before programme”. This approach has gone at least as high as the incumbent Prime Minister. The bonus of incumbency has certainly contributed a lot to it. It was not enough for the challengers. Where the brilliant front-runner and the confidence-inspiring leader were missing, voters increasingly consider the issues. There has been no reward for the impression of inconsistency, as the deviations of Julia Klöckner and Guido Wolf from the refugee policy of the Chancellor have shown.
Thirdly, and for the time being: the Alternative for Germany is here! It is the only party to have consistently won and made its mark on all three parliaments – and with previously unimaginable results. It has been able to attract votes from all political camps, but in particular from the CDU. In addition, the party has disproportionately mobilised non-voters to make up about a third of its electorate. The AfD benefits from the comfortable situation of a non-government party in an ever more confusing world. Populism is usually the means of choice. In this way, it has been able to win mostly protest voters – people of all stripes who are dissatisfied with politics and the media and no longer represented by the established parties.

So the stunning rise of the AfD raises questions about responsibility, trust and the reliability of the political establishment. The state elections have been read as a referendum on, and interruption to, the refugee policy of the Federal Chancellor and the work of the Grand Coalition in Berlin. At least, the refugee crisis seems to have been the defining issue for the voters. Two of the three winners – Malu Dreyer and Winfried Kretschmann – have been persistent critics of the refugee policy of the Chancellor and did well as a result. This is already somewhat paradoxical given that they belong to other parties. Anyone voting – goes the reading – for the CDU, SPD and Greens is also endorsing Merkel’s refugee policy.

Shipwreck was still the fate of the CDU. Two years ago, the Chancellor could sell anything to the voters without a programme or idea. Her own party also, as long as she kept winning majorities in the elections. With her smiling message of “You know me” a mildew had settled on the electorate to the despair, the last but not least, of the rival parties. These times seem over for now with the refugee crisis. Angela Merkel has always stressed the moral obligation to help, so far but said little about how she want to do “it” and what “it” is supposed to be. The strengthening of the AfD is above all a child of her policy, with which she has dragged the CDU right into the centre ground in the past few years and opened up a gap on the right, which is now being filled by the AfD.

Questions can also be raised about the responsibility of the Social Democrats. There are people who feel out of touch and left behind among the non-voters mobilised by the AfD. Sigmar Gabriel has recognised this danger (“they do everything for them and nothing for us”) and is trying to do something about it with the solidarity package he is proposing. However, the SPD has some catching up to do in terms of attitude. It lacks a strategic centre and a clear course. So far, the Social Democrats have not developed a strategy for the refugee crisis and have mainly focused on the tactical politics of the Federal Chancellor. Even on the subject of social justice the SPD cannot properly make its mark. In the past two years it has raised some big concerns: minimum wage, retirement at 63, a rent brake. It is still languishing in the polls, however. This is pretty amazing given that among the deciding factors for citizens in the state elections social justice was in second place.

The question “What does the SPD stand for?” must be systematically and comprehensively worked out and the route found consistently followed. Where do we stand in a globalized world? How do we want to live in it? What conception do we have of Europe? How are we prepared to go to defend our wealth? What sacrifices are we ready to make? How do we imagine a modern society and social cohesion? These are perhaps uncomfortable questions, but if we want to avoid the next shipwreck and open up new spaces they are certainly necessary. 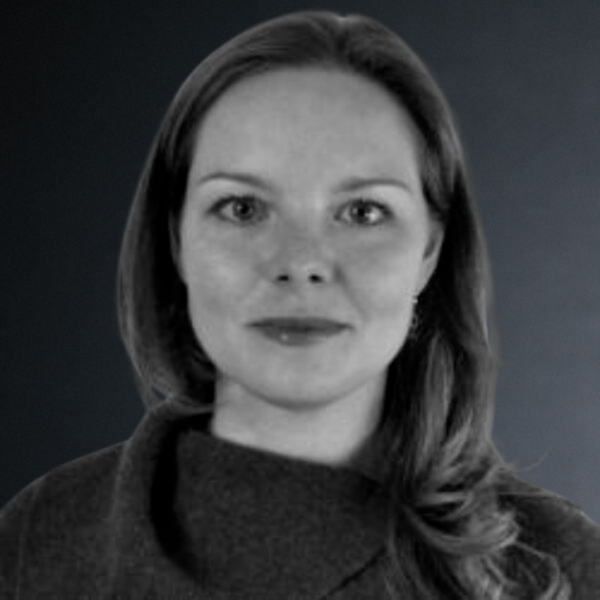 Visiting Fellow
Was Visiting Fellow at Das Progressive Center from 2016 to 2017 and employed as Commissioner for Labor and Social Affairs, Family, Women and Seniors at the State Representation of Baden-Württemberg to the Federal Government.

Why our failure to resist Putin enthusiastically will haunt us and how we can overcome it.
Paul Mason
Debate
To the blog
Tagshausblog, Multi-party democracy, Resilient Democracy
share: