Recent change of government in Poland mobilised many people, the spectrum of civil engagement is however polarised: from defenders of liberal values and adherents of conservative agenda to followers of nationalist resentments.

Civil society is one of the key actors in Western liberal democracies. In transformation countries of Eastern-Central Europe, many initiatives were launched to revive civil participation and democratic capacity-building after the downfall of communism. Contemporary civil society is usually associated with charity, watch-dog initiatives and human rights movements. This however is only one side of the story: when looking at Polish civil society more closely, it turns out that there are also bottom-up initiatives, based on informal relations and non-profit engagement, which attempt to achieve controversial social or political goals. In the case of Poland, the recent change of government mobilised many people to get involved. The spectrum of civil engagement is polarised: it reaches from defending liberal values or supporting conservative agenda to followers of nationalist resentments.

The overwhelming victory of the national-conservative Law and Justice party (PiS) in the parliamentary elections in October 2015 left their opponents in shock. After the initial rushed actions of the new government opposition movements mushroomed all over Poland. The Committee for Defence of Democracy (KOD) is probably the most renowned one as it captured the interest of domestic and international media when organising large-scale demonstrations against illegitimate reforms of the Constitutional Court, the new law on public media or allegations against Lech Walesa, the legend of Solidarność accused of having collaborated with the communist secret service. KOD managed to mobilise many people to protest on the streets, in Poland and abroad. To a certain extent it revived the Solidarność spirit of struggle for democracy and freedom. Sometimes, politicians representing the parliamentary opposition – Civic Platform (PO) and Nowoczesna (.N) – engaged in the protests. Some left-wingers also marched along with KOD, however with lesser enthusiasm. This called into question if KOD still is a civil society movement or if it is instrumentalised by those who lost the elections.

Meanwhile, the government’s controversial decisions resulted in a rising number of single-cause movements. The abortion debate led to the bottom-up self-organisation of women. Initiated online, a cross-sector and non-partisan movement for securing reproductive rights and reproductive health for all women in Poland brought thousands of women to the streets in a Black Protest against restricting access to abortion.

When the government decided in favour of extensive logging in the primeval Bialowieża Forest, a major outcry among Polish environmental activists thundered out. Open conflict between Polish ecologists and the ministry of environment gained international recognition, attracting the interest of the European Commission as well as UNESCO’s, which designated the forest as a World Heritage Site.

As demonstrated above, there definitely is a part of Polish society being discontent with the „good change“ (dobra zmiana) solemnly promised by PiS. However, their activities are not met with much reaction. On the one hand, the government is well aware that demonstrations are not much of a threat. On the other hand, it already enjoys public support, as there is another sector of civil society in Poland, which, albeit not openly loyal to the ruling party, is supporting its causes. Impact of these rather conservative civil society actors is not directly visible, especially when the eye of the public focuses primarily on political decisions made directly by the government. Nevertheless, a brief look at them helps to fully comprehend the current dynamics in Poland.

The latest victory of the Law and Justice party relied strongly on initiatives targeting and mobilising conservative supporters at the local level – something the Civic Platform and the left-alliance failed to achieve. Beside the religious Radio Maryja, a strong community arose around the ‘Gazeta Polska’ newspaper. It is represented by local clubs in more than 300 cities and towns all over Poland and additionally organises events for Polish people living abroad in metropolises such as New York, Hamburg, or London. This well-connected organisation offers a stage to PiS politicians, focusing on „patriotic“ Polish topics. One of the most prominent issues remains the airplane crash in Smoleńsk, in which then president Lech Kaczynski was killed.

Political capacity of the conservatives has long been developed through expert advocacy. Instytut Sobieskiego (IS) is the most prominent example: founded in 2004 as an independent NGO, it aims at delivering policy recommendations on domestic and international affairs. Since its beginnings, the think tank has been providing PiS with qualified cadres for prominent positions, including its former expert Witold Waszczykowski – currently the Minister of Foreign Affairs. Annually the think tank is commissioned expertise tasks by the party for the total of 200.000 PLN. The IS annually organises a congress, usually attended by several high-ranking PiS politicians to network and to discuss policy matters with the IS experts. The 2015 Edition was supported by the European Conservatives and Reformist Group, PiS’s affiliation in the European Parliament.

Regarding the conservative backlash, two further civil society initiatives are worth mentioning: ‚Ratujmy Maluchy’ (Save the Toddlers) and ‘Ordo Iuris Foundation for Legal Culture’. Even if not party-affiliated, their agendas closely coincided with PiS’s critique of the former liberal-conservative government. Both organisations grew on the same cause: defending (traditional) family values. The former stood against the law on compulsory education for six-year-olds, a flagship-project of the Civic Platform, the latter was advocating for a complete ban on abortion or opposing legalisation of same sex relationships, both matters in line with the agenda of the Catholic Church in Poland. After the elections, the link became strikingly evident: the campaigners either meet with high-ranking party members on a regular basis or got directly involved in the policy-making process: the founders of ‚Ratujmy Maluchy’ were nominated civil society consultant for the Ministry of Education, a former ‘Gazeta Polska’ activist was hired as a spokesman of the Ministry of Defence.

Flirting with the far right

All of these connections are not entirely new to the world of politics. When striving for victory, every party aims at involving all possible allies – PiS is not different. There is however an additional aspect of its engagement with grass-root movements that lately caused concerns. The Law and Justice party is keen on mainstreaming nationalistic narratives. Put into practice this means focusing strongly on „historical policy“ and defining contemporary international relations through past events. But PiS is not the only political camp legitimising its struggle for power through patriotic duty. Recent elections brought representatives of the radical national movement (Ruch Narodowy) to the Parliament, in a populist Kukiz’15 coalition. The radical right felt empowered straight away, organising mass demonstrations and inviting the Italian Forza Nuova and Hungarian Jobbik to visit the Polish Parliament. The nationalist movement gained popularity especially among the youth, a trend that is continuing. The recent refugee situation in Europe only fuelled their rhetoric of war, with extremist messages, like demanding death to the “traitors”. Slogans and symbols of the extreme right entered the mainstream, offensive hate-speech is spotted in public, printed on T-shirts or sprayed on house walls. Not only racist attacks by regular citizens occur more frequently, but also the representatives of KOD were assaulted during a public ceremony in Gdańsk. Meanwhile, the PiS government not only refrains from condemning the domestic acts of violence, but also heats up the atmosphere by organising public patriotic ceremonies, using a narrative of self-defence and even suggesting that paramilitary groups could be included in the territorial defence forces. When Facebook recently blocked the profiles promoting racism and homophobia belonging to far-right organisations, Polish minister of digitalisation herself reacted on their behalf accusing this social network of censorship. To PiS, the national movement’s mobilisation must seem like a perfect balance for the newly-established opposition. The party does not seem to notice that it plays with fire. It is morally reprehensible to tolerate public exposure of proto-fascist slogans and justify riots with torches as mere youthful temperament. Moreover, it is dangerous to exploit these incidents politically. Once nationalistic sentiments are established in a society, it is very difficult to cool down the tempers. In a worst case scenario for the PiS party, the nationalist rebirth it initiated might sweep them from the political scene as well.

The manifestations against the laws passed by the PiS government have been largely covered by the international media and received considerable encouragement among European politicians. Meanwhile, one has to be aware of the overall picture before jumping to conclusions. Portraying movements like KOD as the only incarnation of the contemporary Polish civil society leads to a narrow, unidimensional perspective. The national-conservative agenda is supported across various parts of society. According to the polls, PiS remains the most popular political party in Poland and president Andrzej Duda is one of the most trusted politicians. The current government not only managed to build a strong base in the conservative part of civil society, but it also indulges its radical fringes. It mastered well the ancient technique of divide et impera (divide and rule). So far, the opposition is fragmented and weak, not able to find common narratives, besides opposing the PiS rule. The abyss of the Polish political scene accurately reflects the polarisation and disintegration within Polish society. 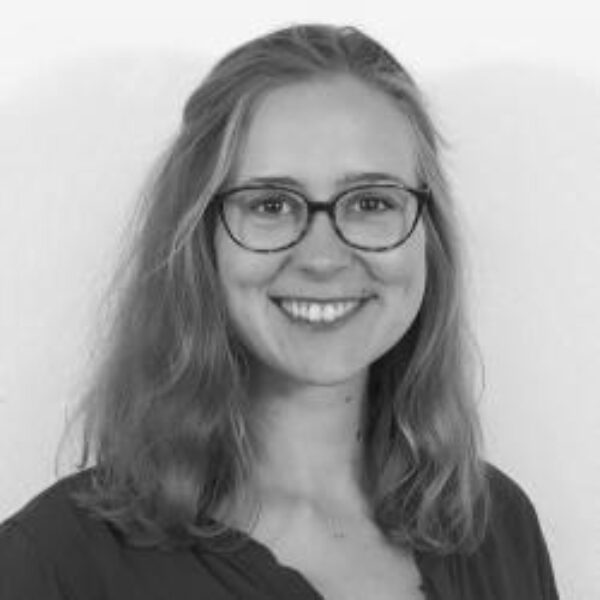 How can the progressive camp respond to the poly crisis? This was the central question addressed by top international politicians at the Progressive Governance Summit in Berlin.
Event Report
To the blog
TagsCivil society, EU, European politics, Mittel- & Osteuropa, Poland, Political Strategy, Populismus
share: