Johannes Uhl is Project Director at the Deutsche Gesellschaft für Internationale Zusam- menarbeit (GIZ) and responsible for the agency’s projects on foreign energy policy. Previously, he worked as a desk officer at the German Foreign Office and in the cabinet of the Minister of Economics of the German state of Thuringia. Johannes holds a Master’s degree in Democracy and Comparative Politics from University College London and studied Political Science and Physics in Berlin, Milan and London. 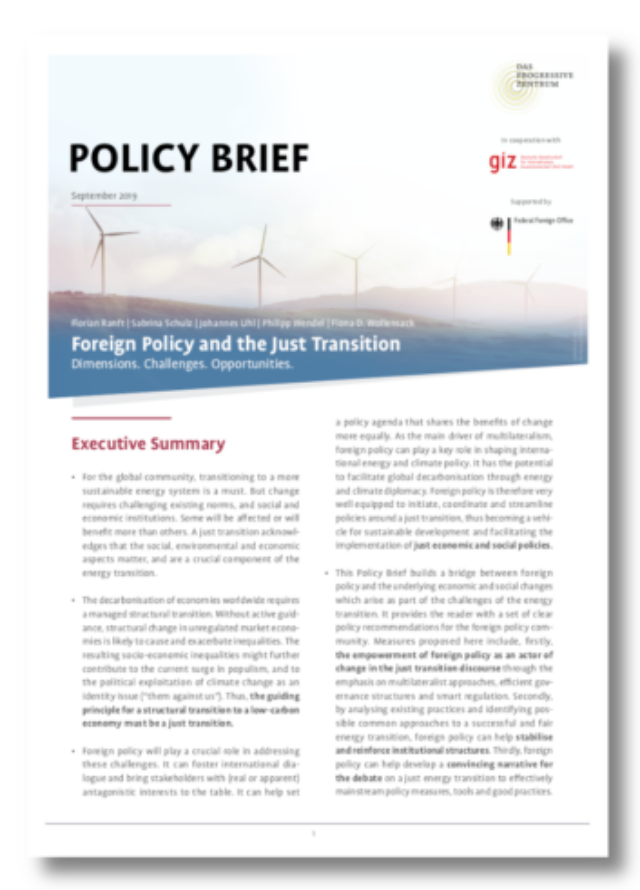