At the PGS22 Reception ‘Joining Forces’, we talked with progressive leaders from a dozen countries about the most pressing challenges they are currently facing. We also heard their most effective strategies to build alliances, win majorities, and translate ideas into progressive governance.

On the eve of the Progressive Governance Summit 2022, Das Progressive Zentrum invited North American and European partner organisations and friends from politics, civil society and think tanks to the PGS22 Reception. At this informal Summit kick-off, our progressive community discussed with leading politicians and thinkers how progressives can build stronger and broader alliances. These were our main takeaways.

Recent election results in Sweden and Italy show that the far-right is increasingly able to build alliances with conservative forces and to normalise their authoritarian agenda. If progressives want to keep the far-right away from political power, they need to overcome their comparatively minor differences and join forces more effectively. However, as the case of the anti-Orbán coalition in the last elections in Hungary has proven, ‘the more the merrier’ is too simple of a recipe for successful alliances. Cross-party coalitions that are too broad tend to hurt the political credibility of its members and fuel the far-right narrative of presenting themselves as the only alternative to the establishment. Progressive alliances should be as broad as necessary and as united in their core values and common interests as possible.

The just transition is a cross-sectoral project

Cross-party alliances are crucial when it comes to stabilising increasingly volatile political landscapes. They do, however, not suffice to tackle the most pressing challenge of our generation: the just transition towards a climate-neutral society and economy. For this fundamental task, progressives need to expand deeply into other sectors and parts of society as well. The just transition requires progressives to be reliable and genuine partners for Fridays for Future as much as for the working classes and small and large businesses. At face value, this might sound like a contradiction, but if progressives are able to identify and articulate the common interests of these groups and if they include them in the solution-finding processes, they will increase their chances of mobilising the necessary broad support for ambitious political reforms.

The EU must take responsibility, include Eastern Europe, and promote solidarity

The struggle for progressive majorities and for advancing a just transition is taking place in a completely new geopolitical situation. Russia’s brutal invasion of Ukraine and its imperialist ambitions pose a particular threat to Eastern European countries. For progressives in Europe to be a partner on equal footing to the US, three things are vital: First, a Franco-German leadership model does not do justice to the current circumstances. Eastern European countries need to be given more weight, not only because taking into account their concerns and expertise in the past could have prevented the current crisis but because it is their sovereignty that is threatened the most. Second, the EU needs to step up in terms of military and strategic autonomy, and Europe must play an even stronger role in the rebuilding of Ukraine, as the US will not be willing to finance the main share of a new ‘Marshall Plan’. Thirdly, the immediate reactions of transatlantic and international solidarity that emerged after February 24 should not be taken for granted. Progressives must do everything in their power to make sure that the repercussions of the energy crisis don’t shift public opinion away from this momentum of international solidarity.

The environments in which progressives in North America and Europe must operate are different. The political enemies are well organised, and the support for progressive ideas is far from guaranteed. If progressives want to not only tackle the acute unfolding social, security, and economic issues but also shape the future by addressing the long-term challenges, they must join forces. This means that they must search for common goals, take responsibility, and promote solidarity. 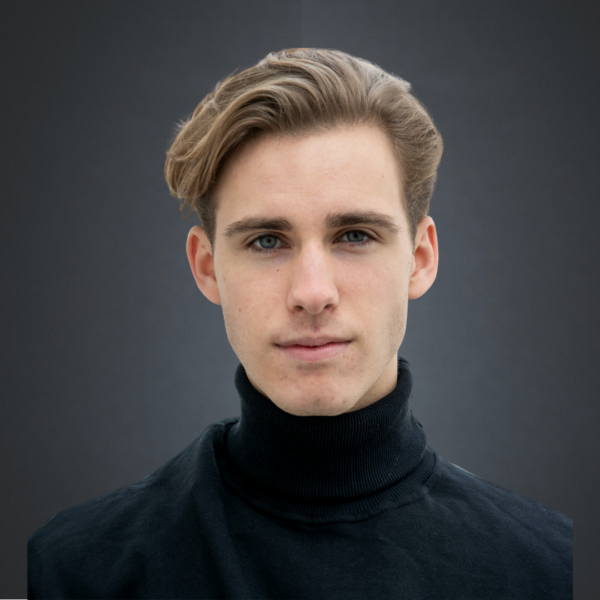 Policy Advisor Assistant
Björn has been working at Das Progressive Zentrum since April 2022, where he assists the Policy Advisor. He studies political science and sociology at the Humboldt University in Berlin, where he is particularly interested in identities, inequalities and negotiation processes that arise within immigration societies.

How can the progressive camp respond to the poly crisis? This was the central question addressed by top international politicians at the Progressive Governance Summit in Berlin.
Event Report
To the blog
TagsEU, pgs22, Political Strategy, USA
share: