The American Rescue Plan is pumping 1.9 trillion dollars into citizen’s pockets, the economy, and measures against the Covid-19 pandemic. What has this meant for cities and urban spaces? Two former mayors discuss how cities can use this funding to build back better.

From damaged livelihoods to a lack of hospitals, the Covid-19 pandemic has drastically affected cities across the United States. As the pandemic exacerbated inequalities present in urban areas and drained local budgets, metropolitan areas have required support. How has Biden’s 1.9 trillion dollar American Rescue Plan helped cities respond to the Covid-19 pandemic? Two former mayors discuss how cities can use this funding to build back better.

With money being sent to individuals, families, businesses and local governments across the country, this episode zooms in at the urban level and examines how cities and metropolitan areas can best use these public resources to build more robust and just communities.

Building Back Better – What is Infrastructure?

“Infrastructure, the definition has expanded beyond brick and mortar and building blocks”

The episode takes a closer look at the core slogan of Biden’s presidential campaign: Building Back Better. Is the American Rescue Plan able to fulfill the promise of building back better by providing funding to cities? The two guests Sly James and Rep. Strickland discuss the role of infrastructure in the 2020s. How can the American Rescue Plan help cities modernize their infrastructure to make their communities more equitable?

“Now it includes broadband, now it includes affordable housing, and now it also includes the continuum of caregiving: the way we care for our youngest and eldest”

A Window of Opportunity for an Equitable Society

With historic funding reaching cities and metropolitan areas during extremely trying times, Sly James and Rep. Strickland converse about the importance of recognizing the sexism and racism that have been present in modern US cities. As infrastructure, ranging from roads to broadband, is rebuilt and strengthened, there is the opportunity for society to be built more fairly and accessible for everyone, regardless of gender, race, or ethnicity.

“We know from this pandemic that there are huge fissures in this societies, based on race gender, urban or rural, this money offers the opportunity to address some of these fissures”

Read up on the American Rescue Plan Act and Covid-19 relief and recovery goals at the White House.

This episode was first released by the Progressive Policy Institute, post-production and additional recordings were done by Annika Hoffmann and Das Progressive Zentrum.

It is part of New Urban Progress, a joint metro initiative on the future of work, democracy, and well-being launched by Das Progressive Zentrum, the Progressive Policy Institute and the Alfred Herrhausen Gesellschaft. 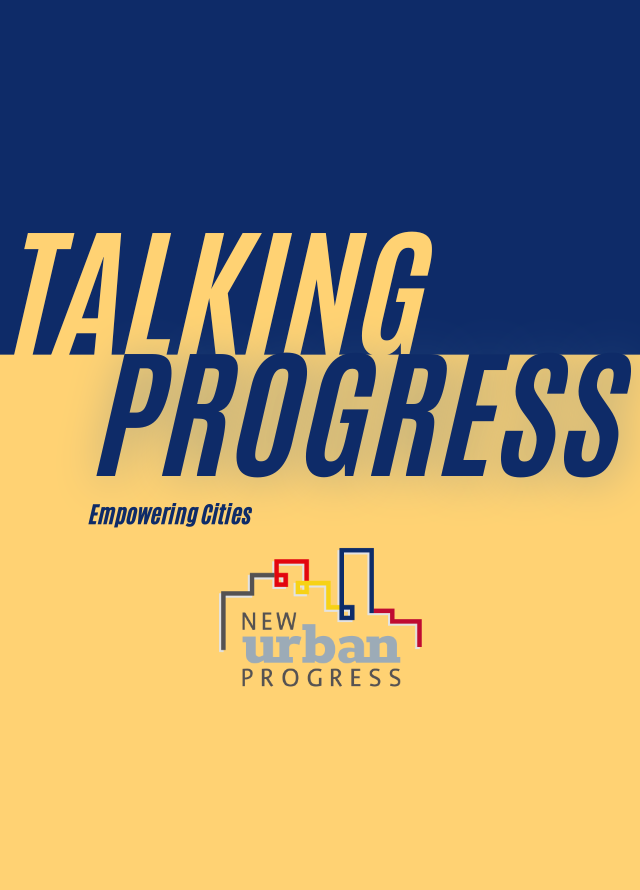