Presidential elections were planned for May 10th in Poland. The ruling PiS-party was determined to hold the election despite the outbreak of the COVID-19 pandemic, but was forced to cancel it last minute as political pressure became too high. The current state of democracy and rule of law in the country has already been criticised for some time. In this interview, Maria Skóra, Head of the Programme International Dialogue at Das Progressive Zentrum, explains how the government is using the current health crisis to its advantage – and how this undermines democracy.

The first coronavirus infection was registered in Poland in the beginning of March. What was the reaction of the conservative PiS-party (“Law and Justice”) government to the pandemic?

The authorities acted immediately when the health risk emerged. Schools, public institutions, and restaurants were closed for a few weeks. Only now shopping malls are reopening, and preschool facilities might also start taking children again. Nevertheless, the borders remain monitored and there is an obligatory 14 day long quarantine for all arrivals from abroad.

The public healthcare system remains vulnerable after years of neglect and financial collapse. Doctors and other medical staff work without sufficient safety equipment and not  enough access to testing. As a result, some hospitals have been contaminated and closed. But the government-controlled public TV channels broadcast the speeches of governing lawmakers, slamming the EU’s response to the coronavirus and taking credit for successfully containing the epidemic.

This hardly sounds like a fair democratic competition. What do these measures mean for democracy in Poland?

Poland was, and still is, facing a presidential election this year. The newly introduced ‘state of epidemic’ means even more restrictions in public life and practically the end of active campaigning. While other presidential candidates observe the social distancing rule and have put their campaigns on hold, the incumbent president, Andrzej Duda, has continued to travel across the country and has made numerous public appearances. The opposition is accusing him of running an unfair campaign and labeled him the ‘corona candidate’. Duda’s response has been that he is simply doing his duty.

In February, his reelection was not at a given. Today, according to polls, Duda is getting closer to a victory in the first round. Despite the aggravating situation, the election remained scheduled and was only cancelled three days before May 10th, the planned election day. Legal experts had expressed skepticism toward holding the ballot under a practical lockdown, while medical authorities were ringing alarm bells facing the already dire situation. Regardless, the government stuck to the date for far too long.

Is a fair electoral competition under these circumstances even possible?

The campaign started early in 2020, with the final election date announced on Feb 5, 2020. Before the outbreak of COVID-19, it was a regular election cycle involving the media, meetings with voters, interviews and press conferences. In mid-March everything changed. All candidates suspended their campaign activities involving face-to-face meetings and large gatherings, switching to media (press conferences, talk shows, interviews) and the Internet (social media channels and other forms of digital encounters). However, as time went by, another far more important question emerged: is a ballot, a direct vote at all possible on May 10, in the midst of an epidemic?

What do you think? Can a free and legitimate election be carried out under these circumstances? And what changed the course of the government in the end?

In theory, voting in-person during an epidemic is possible, but only if all precautions are taken, as demonstrated by South Korea. However, such an election can pose a great threat to public health, just like the case of the Wisconsin Democratic Primary. In any case, holding a vote now brings about technical hurdles and critique: not enough polling stations or people to staff them as well as depriving the voting rights of people in quarantine, who are infected and under treatment.

Possible alternatives were fiercely debated in the Polish parliament. Postponing the ballot for a later term was rejected by the governing coalition as it would threaten the chances of incumbent president Andrzej Duda, due to the worsening of the economy. As a result, prolonging the term of the incumbent president until 2022 without the possibility of reelection was proposed, however, such a solution was deemed unconstitutional.

What is the prospect now?

Finally, a bill allowing vote-by-mail election was passed in Parliament. Again, there were technical and legal hurdles here too: how to distribute and collect the ballots, how to organise the polling stations for Poles abroad? How to handle the personal data of all voters, securing the validity of the election (i.e. that the vote is secret, direct, general, and fair)? In the end, a few days before the election there was no formal, legally binding decision in what form it ought to be held.

As a result, the Polish society is increasingly irritated. According to the polls, only 12 percent wanted the election to be held in May, in fact, many voices – experts, MPs, opinion leaders – were publicly opposing it. After a long period of consideration and desperate attempts to hold the vote on May 10, it was finally decided to postpone it using legal gateways, most probably for July this year. The truth of the matter is, however, this decision was a result of internal negotiations between the governing United Right coalition and not because of public health or democratic standards. The Law and Justice party was pinned down by its junior coalition partner that grants them an absolute majority in the Parliament. Depressing, but true: The fate of the Polish presidential election was in the end dictated by political trade-offs and not decided in the best interest of democracy or public safety.

The Polish rule of law has been undermined for some time now. What role does the office of the Presidency play here?

Since the Law and Justice party took over with its two junior coalition partners in 2015, Poland has often been confronted by the European Union and other international actors, like the Venice Commission or the U.S. Senate, expressing their concern about developments in the country. A new media law and the politicizing of public broadcasters, the reshaping of the country’s judicial system as well as personal changes in the Constitutional Court as well as just recently in the Supreme Court, have been perceived as a systemic risk to the rule of law and democracy.

Therefore, the more determined the governing national-conservative coalition is to keep the presidential office, which in the Polish political system is a vital part of checks and balances. Losing it would mean the end to the PiS hegemony in the country. The later the vote will be held, the weaker the chances of Andrzej Duda are to be reelected.

How do you see the opposition in Poland? Does it have the means to fiercely oppose the PiS pary government?

The opposition is fragmented, however the recent parliamentary vote in October 2019 proved it is not forsaken: it managed to reclaim the Senate, the upper chamber of the Polish Parliament, which although perhaps cannot shatter the PiS, but can definitely slow down the legislative processes envisaged by the governing party. It is worth noting that all major political groups in Poland seem to have grown weary: the United Right coalition led by Law and Justice has just proved very vulnerable and internally torn; the opposing liberals lack impetus and charisma; the left has fresh ideas and fresh faces but cannot seem to break the glass ceiling of support above 15 percent.

This fatigue, as well as hope and excitement, is of particular significance for the forthcoming presidential election, therefore the fiercer political competition and intensified mobilisation in all political camps preparing for the ballot: either to hinder it or to carry it out at any cost. We might be even seeing new political formations and new faces emerging from today’s election chaos.

Head of International Dialogue
Maria Skóra was the head of the International Dialogue program area of Das Progressive Zentrum. She holds a master's degree in sociology and a PhD in economics. 2018 Alumna of the Young Leaders Program of the Aspen Institute Central Europe in Prague. 2019 Visiting Fellow at the German Marshall Fund of the United States and AICGS, Johns Hopkins University in Washington, DC. 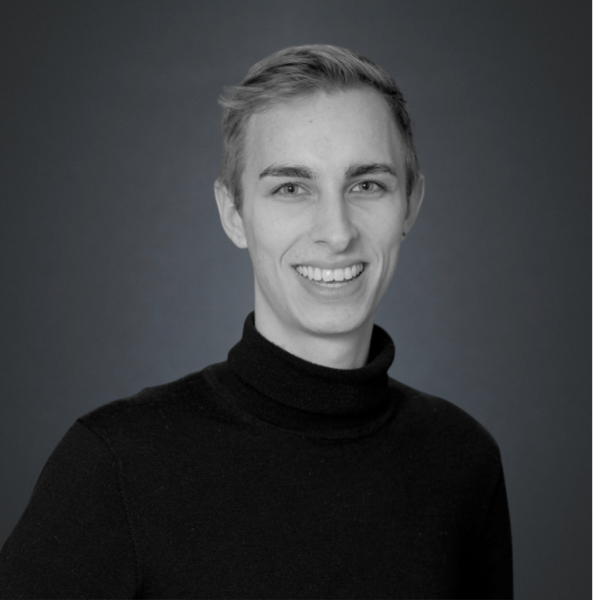 Communication Assistant
About Moritz Moritz Hergl was an assistant in the communications department of Das Progressive Zentrum until 2021. Before that, he completed his internship there. He studied European Studies at Maastricht University, where he dealt with interdisciplinary questions on society, law…

Why our failure to resist Putin enthusiastically will haunt us and how we can overcome it.
Paul Mason
Debate
To the blog
TagsCampaign, Covid-19 crisis, Multi-party democracy, Poland, Populismus, Resilient Democracy, Wehrhafte Demokratie international
share: