One year after the first #EuropeanTownHall Meeting in Warsaw, the second bilateral Polish-German exchange was launched on 12 February 2018. Representatives of academia, civil society, and culture from Germany and Poland met to discuss the rise of populism in Europe as well as possible democratic innovations to address this phenomenon. An open debate with Manuel Sarrazin was concluded with an input by Paul Mason, offering a broader, global perspective.

The event focused on the state of democracy today. Parallel workshop sessions gave the participants the opportunity to discuss main reasons for the popularity of populist rhetoric in Poland and Europe as well as the use of new technologies for creating innovations for democracy and supporting civic engagement.

In his impulse, Maciej Gdula, professor of sociology at the University of Warsaw and the author of the newest analysis explaining the popularity of Poland’s Law and Justice (PiS) party, presented different definitions of populism. He stated that “neo-authoritarianism” was a tension at the political level and described the sense of superiority. In his opinion, the so-called victims of capitalism and the losers of globalisation are not represented in the public debate, what makes people prone to positioning themselves more towards political extremes. This phenomenon is very acute in Poland. Gdula believes that strong opposition leaders are needed to address rising neo-authoritarianism in Poland and elsewhere.

Simultaneously, Laura Krause, the Head of “Democracy Lab” at Das Progressive Zentrum, facilitated a workshop on democratic innovations. First, a shared understanding of democratic innovation was formed, and Krause explained its three pillars: process innovation, influencing the way a political goal is achieved; innovation in structures, organising administrative arrangements; and innovations in mental models that refer to the questioning of known concepts and thinking outside the box. Divided into three different groups, the participants discussed possible innovations in the fields of civic engagement, political parties, and elections and parliament. Collected ideas were presented, based on private and professional experiences.

Debating Democracy in Poland and Germany with Manuel Sarrazin

The results of both parallel sessions were discussed during a public debate with Manuel Sarrazin, Member of the German Bundestag, representing the Green Party.

Concerning democratic innovations, Sarrazin found it difficult to cooperate with people who no longer want to agree on compromises. He believes that in turbulent times people tend to become highly politicized and that mainstream political parties will have to face this problem.
Sarrazin stressed that Germany itself nowadays sees an example of populist right-wing forces in parliament and that it needs to figure out a strategy to address it. Regarding the new “Grand Coalition” in Berlin, Sarrazin stated that the European partners are not obliged to wait for the new German government to finally be formed. In his opinion, Poland should cooperate with the European Union and take responsibility in the field of collective security and defence politics.

“Warsaw is obviously the most important partner for Germany after Washington and Paris in an insecure world. This development is impressive against the background of the common history. However, the prerequisite was a close agreement between the two partners in the strategic guidelines, above all the European policy. Today, on the one hand, it is important to preserve and expand common interests; on the other hand, to prevent differences from harming the strategic foundations and thus national interests of both partners. These include new confidence, compromise and a new willingness to live in a healthy degree with differences” Manuel Sarrazin addressed the participants.

Lessons Learned: What future for democracy?

A speech by Paul Mason, British journalist and author of famous books: “Meltdown: The end of the age of greed” and” “Why It’s Kicking Off Everywhere”, concluded the event. Mason claimed it is crucial that political values return to the everyday life and are discussed everywhere, for example in the workplace. He saw a clear connection between growing global inequalities and the rise of radical ideologies. “Since 2008 the global economy has been on life support. But life support doesn’t work for ideologies. Right-wing populism is a search for a coherent story. It’s an old story. But it’s the wrong story.” Mason said. By this occasion, also the new “defamation law” in Poland was mentioned, which in Mason’s eyes is an attempt of instrumentalising history or re-writing it. According to Masson, this kind of legal manoeuvres threaten the remembrance and increase the probability that history could repeat itself.

Full text of Paul Mason’s speech is to be found here.

The conference was supported by The Foundation for Polish-German Co-operation as part of “DIALOGUE ON EUROPE – Rebuilding trust and redefining Europe in tough times” – a project implemented in cooperation with the German Federal Foreign Office. 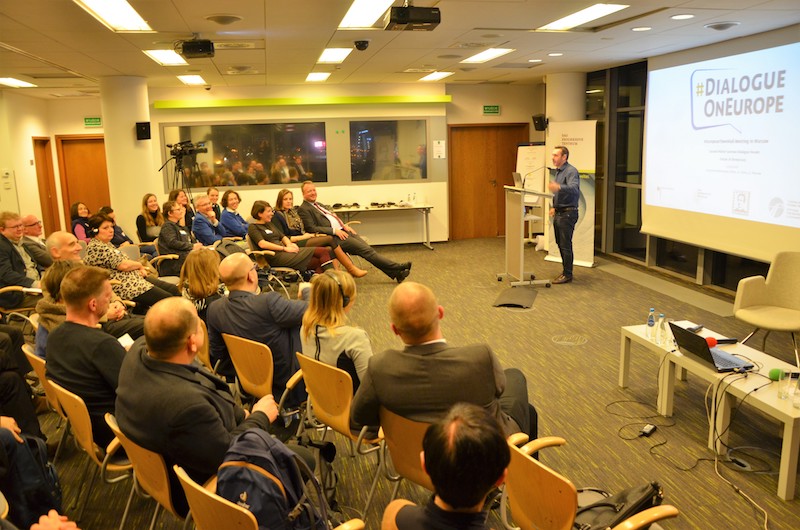 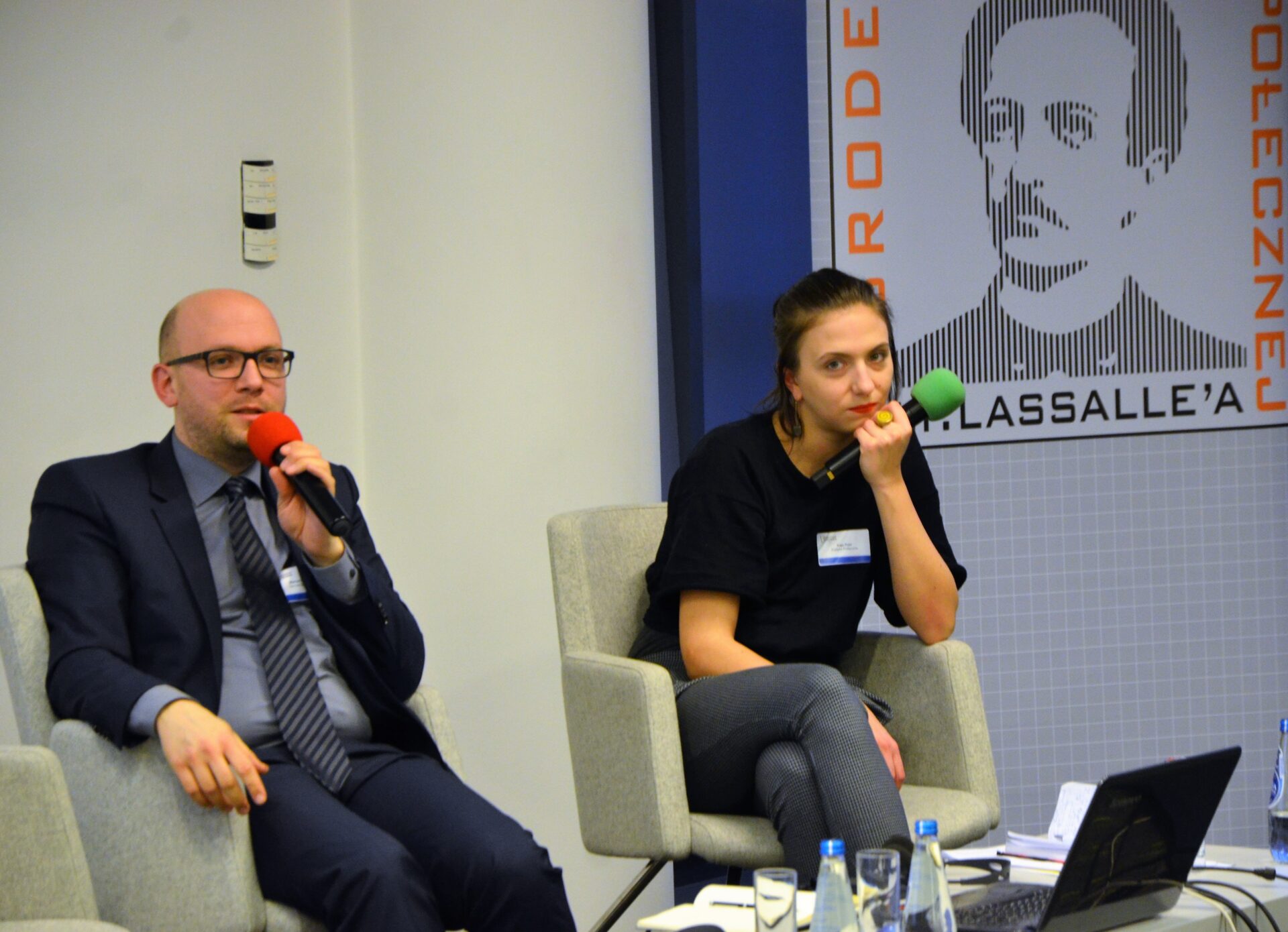 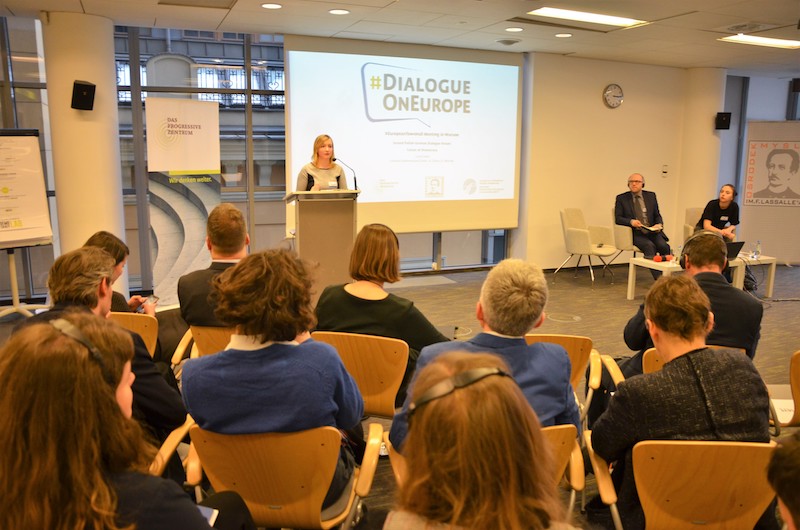 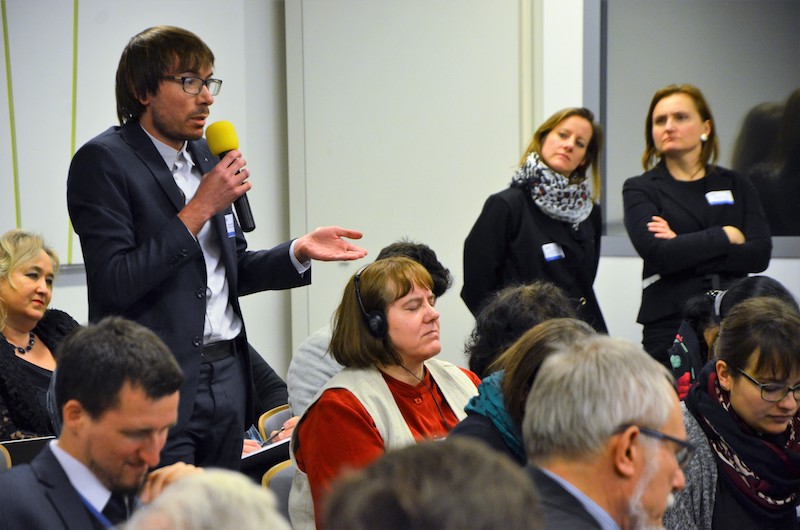 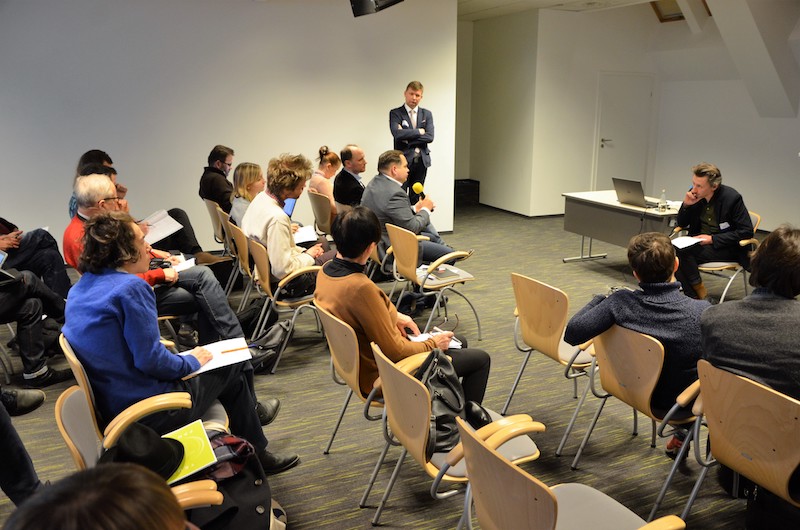 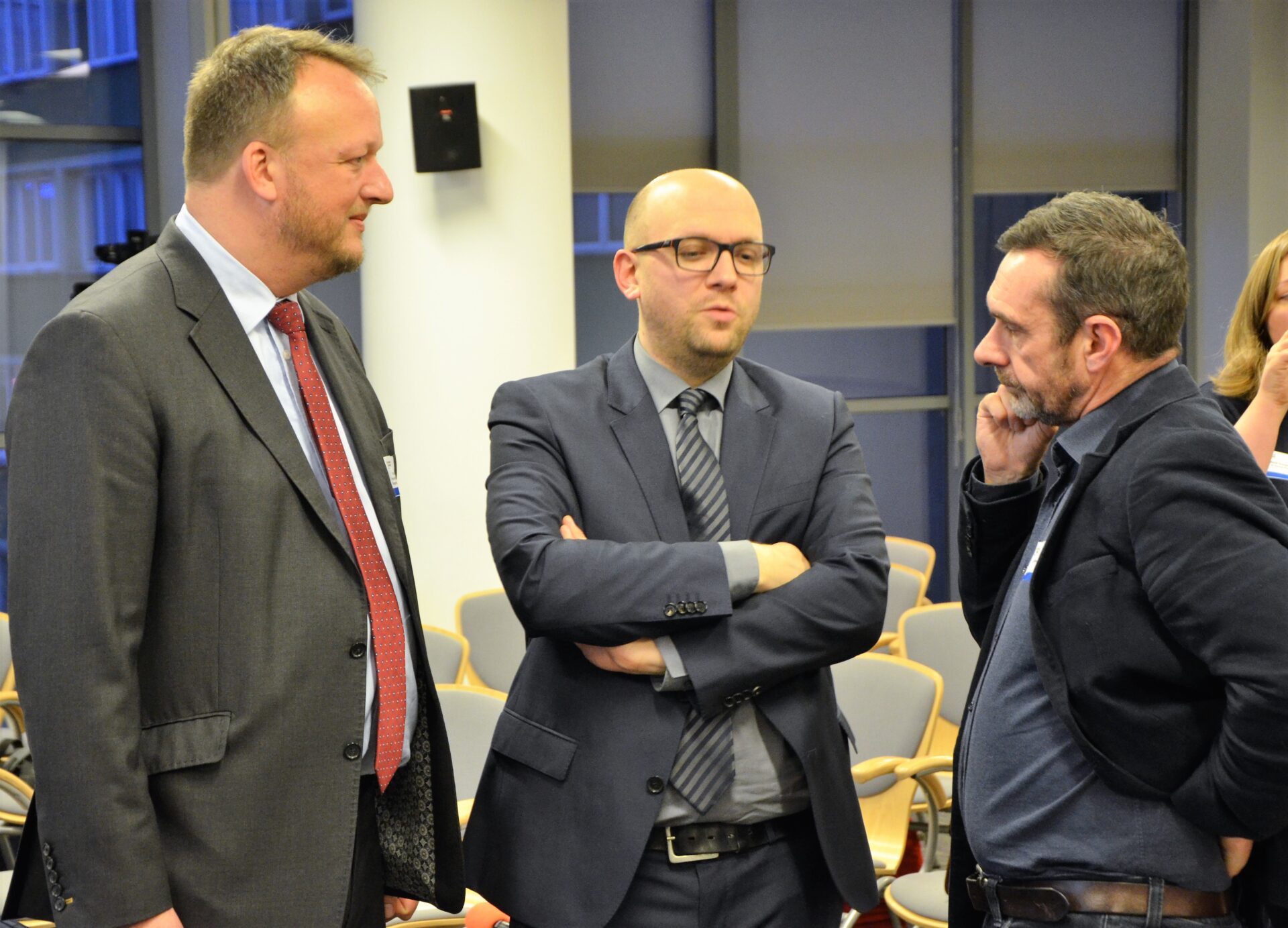 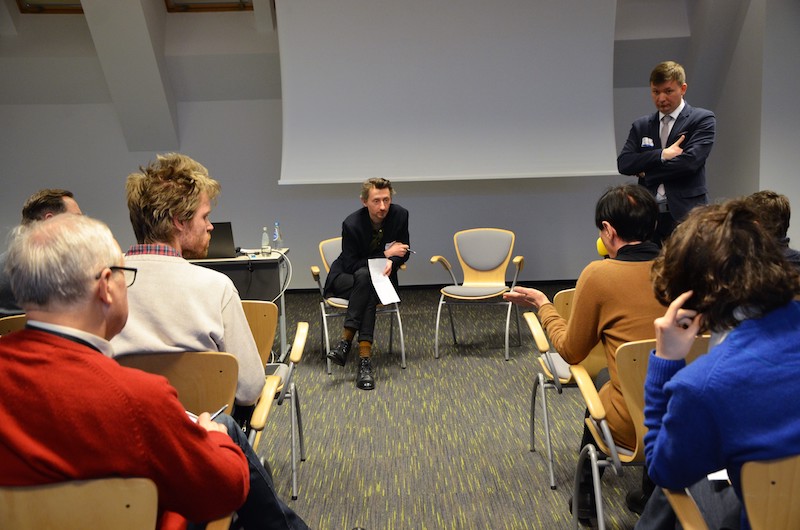 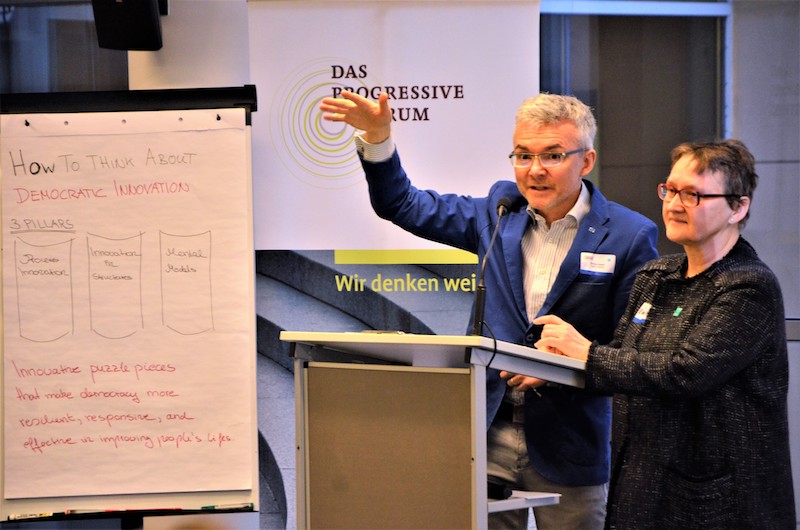 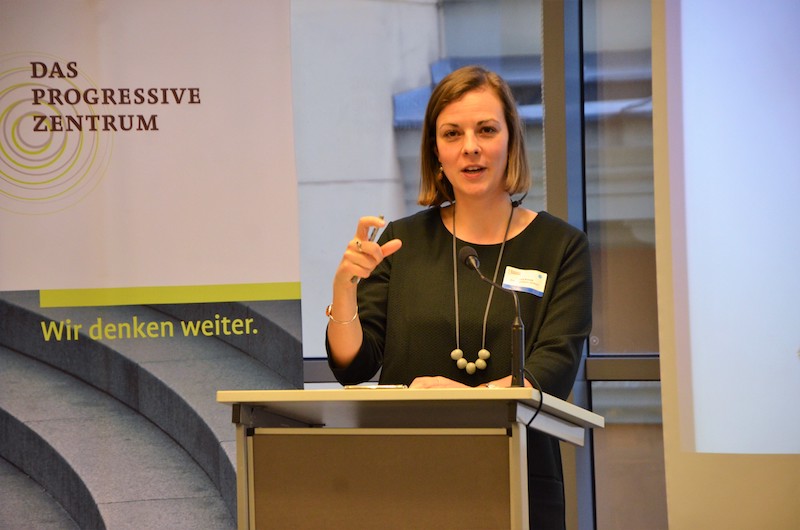 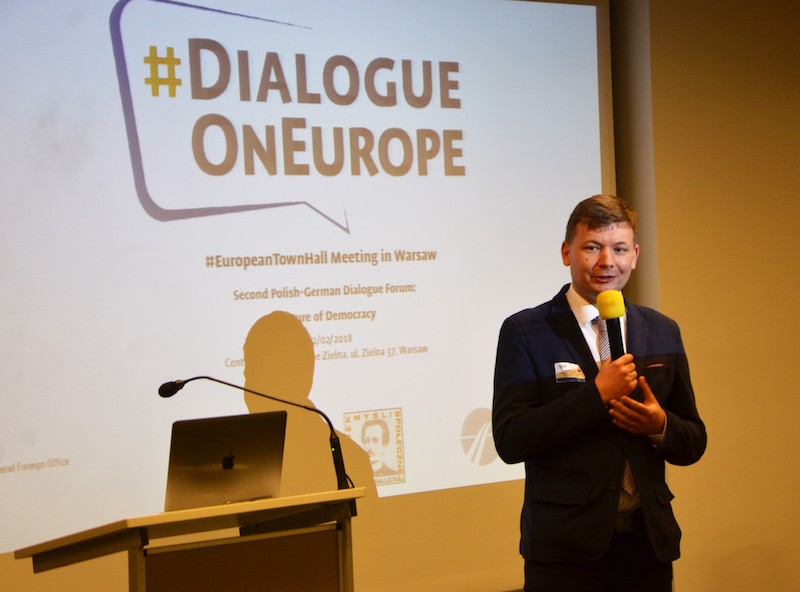 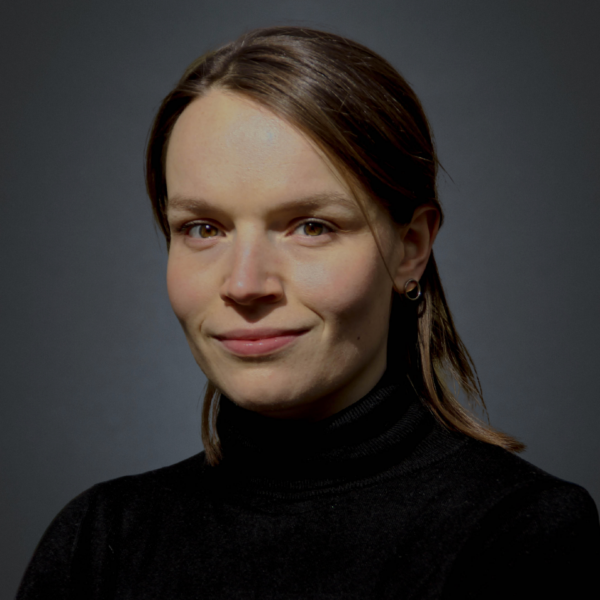 Project Manager
Michelle Deutsch is project manager overseeing projects on representation and extremism. She also focuses on democratic innovation with an emphasis on the role of the public sector.
TagsCivil society, Dialogue on Europe, EuropeanTownHall, Resilient Democracy
share: