Artificial intelligence is widely considered “one of the most strategic technologies of the 21st century”. Will Europe prove able to compete in this global race? Genuine ambitions are out there: The European Commission has officially declared it a high priority.

Through their influence on various sectors and actors, artificial intelligence technologies play an important role in the future vitality of our economy. Through their use in the field of information, in the form of algorithms used on platforms such as Facebook and YouTube, these technologies can also have a significant impact on the political system.

A common strategy is the only way to succeed in the face of fierce competition from the USA and China.

The European Union must respond to this challenge. In her policy letter “Artificial Intelligence: Shaping the European Way” Jennyfer Chrétien compares Europe’s actions with those of the USA and China.

Their conclusion: the construction of a “giant of artificial intelligence”, similar to Airbus in aviation, will not lead to the goal. Instead, the EU should develop a transversal strategy to better link all areas affected by AI (infrastructures and equipment, research, development, a transformation of small and large companies, training) and to better understand the unpredictable nature of these technologies.

About the project behind the Policy Brief: Artificial Intelligence: Building the European Way

This Policy Brief was produced as a result of the conference “Artificial intelligence: How to support the European voice in the global race?” organised by the think tanks Renaissance Numérique (France), EuropaNova (France), and Das Progressive Zentrum (Germany) in the framework of the conference series EU Digital Challenges.

This Policy Brief is loosely based on the discussion of this conference and summarizes the perspective of the think tanks.

You can also read the Policy Brief in German and French. 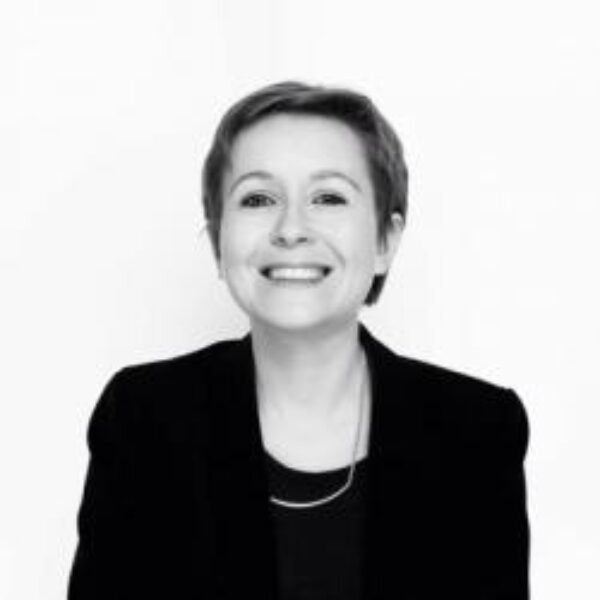 Jennyfer Chrétien is the Managing Director of Renaissance Numérique 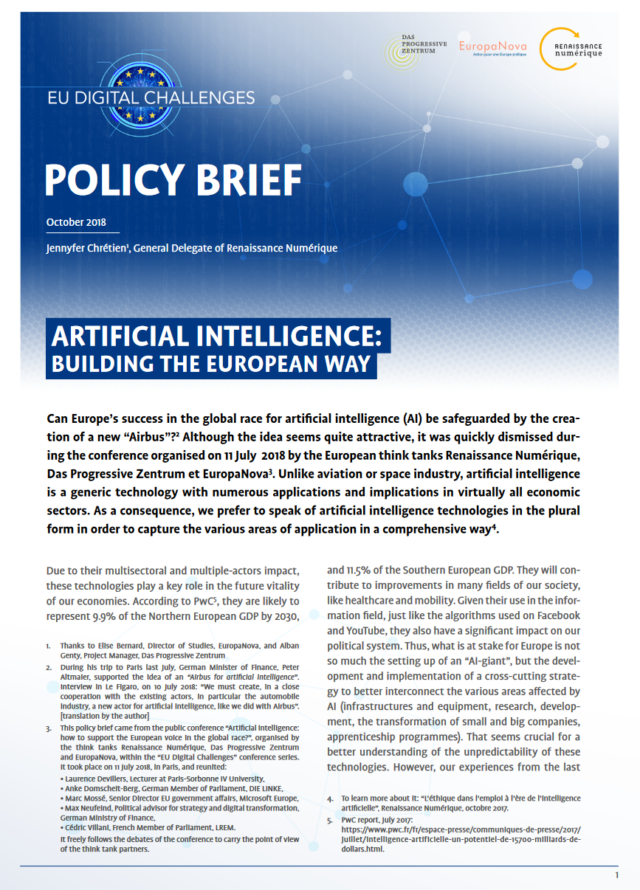