On the one hand, it has been refreshing to have a year without a global obsession about “populism”. On the other hand, COVID-19 has demonstrated how vulnerable even the most advanced democracies and welfare states are, with few governments coming out of the pandemic with a better standing than they had before it started. While it has become received wisdom that the pandemic has exposed “populist” parties, whether in government or opposition, the reality is much less straightforward. With some exceptions, such as presidents Jair Bolsonaro in Brazil and Donald Trump in the US, most populist governments took the pandemic as seriously as non-populist governments and, on average, populist parties have not lost much of their electoral support.

That said, COVID-19 has created a much-needed opportunity to recalibrate the political debate and system, by moving away from the nativism and populism that have dominated the first two decades of this century. If anything, the pandemic has shown the importance of competence, expertise and socio-economic issues like public health and the welfare state. This creates an opportunity for progressive parties, many of which have been largely marginalised in a political world dominated by socio-cultural issues like identity and security. I suggest there are three, relatively broad, strategies that should guide the political resurrection of social democracy.

In essence, (contemporary) populism is an illiberal democratic response to undemocratic liberalism. While populism supports the basic aspects of democracy, i.e. popular sovereignty and majority rule, it rejects some cornerstones of liberal democracy, notably minority rights, rule of law and separation of powers. Its recent electoral success is a direct response to the barely controlled rise of undemocratic liberalism. For decades mainstream politicians have willingly decreased their own power by deregulation, Europeanisation, legalisation and privatisation. Much of this was done outside the public eye, and kept off the political agenda, and is now defended by the political mainstream, including the Social Democrats, with TINA (There Is No Alternative) “arguments”. No wonder many citizens feel they have little choice or voice.

While many Social Democratic parties have revisited their embrace of neoliberalism in the wake of the Great Recession, none has developed a new ideological agenda. Many Social Democrats continue to promote “moderate” and “pragmatic” politics, stay away from depoliticised issues, and focus primarily on the short term, trying to stave off even more electoral defeat. As the polls show, this is not working. And why should it? This kind of “pragmatic” or “technocratic” politics might work in good times, but when people have to make sacrifices, or experience anxiety and “crisis”, they are looking for ideas and leadership. They want to know what politicians can do, what their vision for the future is, and why they should support them. None of these questions is answered (convincingly) by most progressive parties today.

Unsurprisingly, given that lack of a clear ideological programme, most progressive parties have followed rather than led the political agenda. While it might look as if the mainstream right is setting the agenda, it is in fact in many ways the radical right that does. Sure, mainstream right parties still use government power to push through their economic agenda, including deregulation and corporate welfare, but the political and public debate is defined by socio-cultural issues like identity and security. On these issues, the mainstream right has been copying radical right frames since at least the turn of the century, but they are now also implementing many of their policies. Look no further than Austrian Chancellor Sebastian Kurz or Dutch Prime Minister Mark Rutte – the fact that the mainstream left is not immune to co-opting the radical right agenda is painfully shown in Denmark and much of Central and Eastern Europe.

Using a renewed ideological programme, progressive parties should present bold visions on their own issues, including education, employment, environment, housing and public health. Each one of these issues ranks high on the list of priorities for large groups of citizens, particularly potential left-wing voters, but the issues have been marginalised in a public debate obsessed with identity and security. It is up to the whole progressive movement to make these crucial issues return to the centre of the political agenda. This is not to say that identity or security issues should be ignored! Rather, they should have their proper place in the debate and must be addressed through progressive frames and policies.

None of this is possible without a progressive redefinition of Europe, or more specifically the European Union. For much of the 20th century, most progressive parties have been fervent supporters of European integration. Any type of critique, let alone Euroscepticism, was seen as nationalist or right wing. But uncritical support for European integration has made them cheerleaders of an increasingly neoliberal project, in which progressive values, and even liberal democratic ones, have become secondary.

The pandemic has shown the importance of international collaboration, and the value of transnational structures like the EU, which offers progressive parties the chance to develop and promote an audacious progressive alternative to the current structure, i.e. an EU of true European solidarity, which helps citizens and member states overcome the key challenges of our time – from climate change to pandemics – and finally breaks down some of the most glaring economic and non-economic inequalities within the EU and its member states.

Moreover, the EU can only be progressive if it, and all its member states, are liberal democracies. Progressive parties should fundamentally oppose the continued enabling and supporting of authoritarian leaders, from Budapest to Warsaw, and their Europarties should make the fight against authoritarian parties, regimes and values one of their prime goals. This also means that they hold their own members accountable when they advance Islamophobic and nativist narratives, govern with radical right parties, or support nativist policies.

None of this is easy, but it is necessary to both protect (many) progressive parties from political marginality and ensure a progressive future for Europe. While the pandemic will not transform politics in and by itself, it has created a welcome shift away from identity and security politics and has put some of the key institutions of European progressive politics back in a positive light, notably the EU and the national state. Moreover, President Joe Biden has been showing Europe the way, in some regards, by unapologetically increasing and promoting the expenditure and role of the state. If the Democrats can do it in the US, then surely progressives can also do it in Europe. 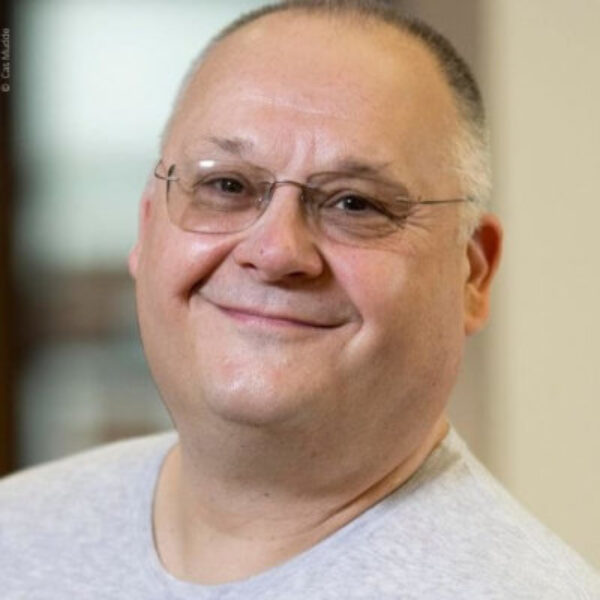 Why our failure to resist Putin enthusiastically will haunt us and how we can overcome it.
Paul Mason
Debate
To the blog
TagsEU, PGS21, Rechtspopulismus & Extremismus, Resilient Democracy, Social democracy, Social justice
share: