Hungary is commonly portrayed as one of the most Eurosceptic countries in the European Union. Paradoxically, however, the Hungarian public has by and large a positive image of the EU. How can this be explained? And how is the current refugee crisis affecting the EU-Hungarian relations?

In a country in which nearly two-thirds of likely voters opt for staunchly EU-sceptic parties, one would expect that a significant share of the population eagerly awaits Hungary’s departure from the European Union. However, despite the competing efforts of the governing Fidesz and the largest opposition party, Jobbik, to criticise the EU as vehemently as possible, the overwhelming majority of Hungarians, roughly three-fourths, want Hungary to remain a member of the European Union. Few trends are more illustrative of the complexity of the current political situation in Hungary than this.

A vast majority of voters continue to take a positive or, at worst, a neutral view of the EU

Despite the euro crisis, the economic crisis, the refugee crisis and increasing terrorism, and despite the relentless campaigns of the rightwing parties to keep these issues on the public agenda, a vast majority of voters continue to take a positive or, at worst, a neutral view of the EU. According to a Eurobarometer survey, an equally large group of respondents took a positive or neutral view of the EU (40% each), while only every fifth Hungarian has a negative opinion about the European Union. Thus, Hungary is one of the most pro-EU countries in the European Union, led by one of the most anti-EU governments.  How can we explain this paradox?

The road towards the government’s euro-scepticism

In order to fully understand the Orbán government’s critique of the EU, and the hostility of the far-right Jobbik against the same, it is worth reviewing a few decades of political history in Hungary. Following the regime transition after the end of the cold war there was a cross-party consensus in the Hungarian political elite regarding the objective of Hungary’s EU integration. In the referendum about EU accession held in 2003, 84% of voters supported membership – though turnout was relatively low. The leftwing Hungarian Socialist Party (Magyar Szocialista Párt, MSZP) and the liberal Alliance of Free Democrats (Szabad Demokraták Szövetsége, SZDSZ) were the most uncritical supporters of the EU, and they ultimately led the country into joining the European club in 2004. Already at the time, the idea of the ‘nation’ played a more prominent role than the European Union in the rhetoric of the main rightwing party, but Fidesz, too, was nevertheless staunchly committed to EU integration.

Hungarians had expected the EU to provide ‘Austrian standards of living’, but were instead confronted with economic recession

However, the economic crisis between 2008 and 2010 not only led to a collapse of the Hungarian economic system but also to a collapse in the support of the leftwing and liberal parties, along with the values they stand for. Hungarians had expected the European Union – just as they had previously expected the process of democratic transition – to provide ‘Austrian standards of living’, security and a sense of Western integration. Instead, merely four years after accession they were confronted with economic recession, unemployment, a growing gap between rich and poor and political instability.

This was the crisis that prime minister Viktor Orbán exploited in 2010 when he defined his own government as the very anti-thesis of previous governments and the values they represented. Orbán began to build an illiberal democracy to supplant the existing liberal democratic regime, and he created a special economic system that combines state capitalism with crony capitalism to supplant social market economy. Furthermore, unlike his predecessors he sought to boost Hungary’s economic – and to some extent political – ties with non-Western countries such as Russia, China and the Arab countries.

Orbán decided to portray the EU institutions as Hungary’s enemies

Orbán also altered his government’s relationship with EU institutions after he was repeatedly the subject of criticisms by the European Commission and the European Parliament on account of government measures that changed the media system, the judiciary, the central bank and other independent institutions. The prime minister decided he would no longer treat these institutions as cooperating partners in his communication, but would instead portray them as Hungary’s enemies. Orbán’s logic was that if he argued that the EU institutions were enemies of Hungary, then voters might regard the concerns voiced by the EU as expressions of an international conspiracy that questions the sovereign decisions of Hungarians.

By 2010, far-right Jobbik, which had been established explicitly as an anti-EU party, emerged as the third-strongest political formation, and began to win over a segment of the voters of Fidesz. Unlike Fidesz, Jobbik was not merely euro-sceptic but also expressly endorsed Hungary’s departure from the European Union. A surge in Jobbik’s support led Orbán to the conclusion that he should not soften his anti-Brussels rhetoric, in the hope that he could thereby retain the loyalty of euro-sceptic Fidesz voters.

However, Orbán was always careful to never go as far as to question Hungary’s EU membership

Nevertheless, Orbán was always careful to never go as far as to question Hungary’s EU membership; he transformed Fidesz into a euro-sceptic but not anti-EU party. Orbán was all too well aware that despite the government’s intense campaigns, the public remained unremittingly committed to Western integration, not to mention the fact that the country’s economic growth owes almost exclusively to EU subsidies.

Why won’t there be a HUXIT?

Thus, over the last years the prevailing pro-EU sentiments of the Hungarian public, in combination with the country’s economic dependence on EU funding, guaranteed that the Orbán government would not lead the country into an exit from the EU. Of course, for Orbán, the European Union is not valuable in and of itself. He regards it merely as an interest-based community that has ensured the country’s economic growth. Orbán does neither care how his government is viewed abroad, nor about Hungary’s diminished diplomatic clout at the level of EU institutions, nor the half a dozen or so EP resolutions that have condemned his government. He has used the EU for domestic political games, but has not sought to shape the European Union or to seek to exert any substantial influence on EU policies.

This all changed with the refugee crisis, however. During the crisis Orbán was the first to formulate a narrative of the crisis that ran counter to the mainstream view in the EU. His approach focused on defending borders rather than helping refugees. Keeping the refugees out of the EU and the concomitant absolute rejection of the quota system quickly emerged as popular ideas among the other central and eastern European leaders, and it also struck a chord with voters across Europe. This provided the first opening for Orbán to not only exploit the EU for the purposes of domestic politics, but to try and shape EU policies in line with his views, at least in one policy area. By winning over the leaders of Slovakia, Poland, the Czech Republic and Bulgaria, Orbán tries to line up the whole of Central and Eastern Europe behind an effort to block the idea of the German-French EU leadership in an important policy area, which is a first in the history of integration. Orbán even uses a national referendum to do this: On the 2nd of October 2016, Hungarians will vote on whether EU institutions should be allowed to decide about placing refugees in Hungary.

If Orbán manages to ensure that Hungary will not have to take in any refugees – be it through the referendum (which would have no legal effect even if it were successful) or by other means – there would be no real reason left for the government to argue that Hungary should not be a member of the EU. Thus the chance of a HUXIT, minimal to begin with, would effectively disappear altogether.

Hungarians continue to remain in Europe

Immigration and refugee affairs continue to remain one of the few policy areas where Hungarians trust their own government more than the European Union. In almost all other areas, the EU’s credibility continues to be very high. Since the EU institutions have a hard time communicating their positions to the Hungarian public, the Orbán governments own one-sided communication could potentially erode this trust towards the EU in the long run. However, it is highly unlikely that it will persuade the public that Hungary should quit the European Union.

It is also important to see, that the primary reason for the attachment of many voters to the EU is due to financial benefits – if the EU became mired in a permanent economic crisis, or if the subsidies flowing to Hungary abated, then the public’s pro-EU sentiments may well weaken. At the same time, EU funds also play an important role in the economic (and hence political) success of the Orbán government. This is why EU leaders will soon have to confront the following strategic question: How can they simultaneously retain the sympathies of the Hungarian public while also preventing a development wherein German and other Western European taxpayers essentially fund the policies of a euro-sceptic and often anti-Western European government?

This article first appeared on the blog of our project TruLies – The Truth about Lies on Europe. For more information about this project, click here. 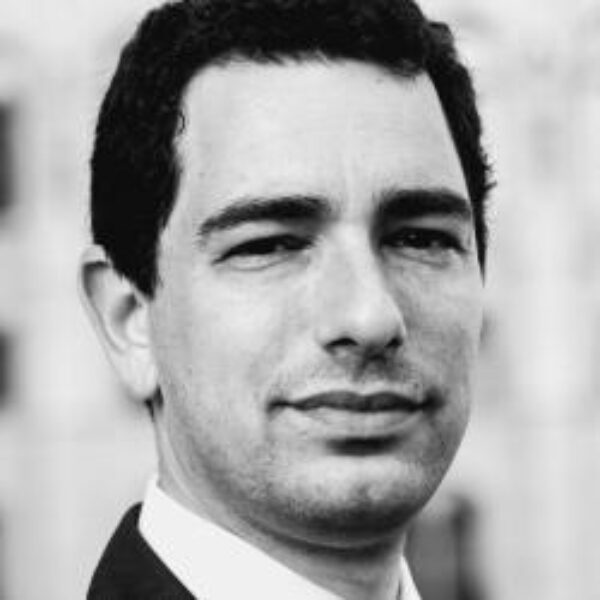 Tamás Boros is co-director and head of strategy of Policy Solutions. He is also member of the Scientific Council of the Brussels-based Foundation for European Progressive Studies (FEPS). Tamás Boros is regularly invited as political commentator in Hungary’s leading news channels, and he also frequently gives interviews to the most important international and Hungarian newspapers. His publications and articles mainly focus on Hungarian politics, euroscepticism and political extremism.

Why our failure to resist Putin enthusiastically will haunt us and how we can overcome it.
Paul Mason
Debate
To the blog
TagsEU, Hungary, Resilient Democracy
share: