There has been a recent resurgence of democratic ways of taking decisions. The OECD has called it a “deliberative wave”. Over the past four decades, almost 600 citizens’ assemblies and panels with randomly selected citizens have taken place around the globe at all levels of government.

There have been striking successes: constitutional changes to allow same-sex marriage and abortion in Ireland, critical course corrections on pension policy in Japan, global mobilisation on action on climate change and new permanent assemblies chosen by lot in Paris and Belgium.

One key aspect of these citizens’ assemblies is learning and expertise; it is why they require around 40 hours on average. People have the time to hear from experts, hear evidence, question stakeholders, and listen to one another. The collective intelligence of a diverse group of people is able to emerge. And they do the hard work of trying to find common ground on their recommendations.

These examples point to the fact that another democratic system is possible. Elections are not the hallmark of democracy we make them out to be. They are the problem. That is because, as Aristotle and many others have said, elections create oligarchies. Democracy means ‘collective people power’, and for centuries it was instead associated with sortition, meaning random selection by lottery.

Elections, on the other hand, concentrate power in the hands of an elite few, which is why our current institutions cannot represent the full diversity of society. In a context of multiple crises and climate emergency, elections promote factional interests that prevent us from adequately weighing trade-offs and making difficult decisions or considering nature, the planet, and future generations. The short-termism and the inward-looking logic of politicians and parties exacerbate polarisation and distrust among citizens on the left and right alike.

Giving Power Back to us Citizens

I think we are at the beginning of a second “deliberative wave”. The first one has shown us what is possible and what works. But citizens do not just want nor deserve to merely have a voice; I believe that they also need to have power.

We need to move from a phase of citizens’ assemblies being advisory, where it is still up to the political will and the other incentives of party and electoral politics to come back into the picture, to a new phase of citizens’ assemblies having decision-making power. Of course, this requires reflections on accountability mechanisms and the connection to implementation, but these are not unsolvable issues, and it is possible to develop such mechanisms.

Citizens’ assemblies are actually the classic form of democracy, returning to its definition of ‘collective people power’ and the historical association of democratic forms of governance and sortition.

Sortition recognises that every single one of us has the agency, dignity, and capability of shaping the decisions affecting our lives

In a context of great disillusionment with our current forms of ‘democracy’ everywhere, they present the greatest hope of another democratic future being possible.

And people are hungry for change. In the Pew Research Center’s December 2021 Global Public Opinion Audit in an Era of Democratic Anxiety, a median of 56% across 17 advanced economies say their political system needs major or complete reform. The 2020 Pew Global Attitudes Survey in France, the UK, the US, and Germany found that, on average, 77% of respondents think it important for governments to create citizens’ assemblies—that is, assemblies of citizens selected by lot to represent the diversity of the larger population—to make recommendations about national laws. The 2020 Sciences Po Political Trust Barometer, covering France, Germany, and the UK, found a majority (55-62%) thinking it would be good to have everyday citizens in charge of public decision-making.

We should be paving the way for a new democratic system and institutions that can unite people and distribute genuine power through sortition; a new democratic paradigm is about citizen participation, representation by lot, and deliberation. After deliberation, direct tools like referenda should also be part of the mix. And it should not be limited to our system of governance; we should aim to democratise the governance of other institutions that impact public life, such as schools, trade unions, companies, cooperatives, tech platforms, and banks.

The current electoral system is broken. Another democratic future is possible. One rooted in history and already proving its worth in the present. With my colleagues at DemocracyNext, we want political systems that channel our collective wisdom and where the priority is to find common ground. We aim to create a more just, joyful, and collaborative future where everyone has meaningful, equal power. 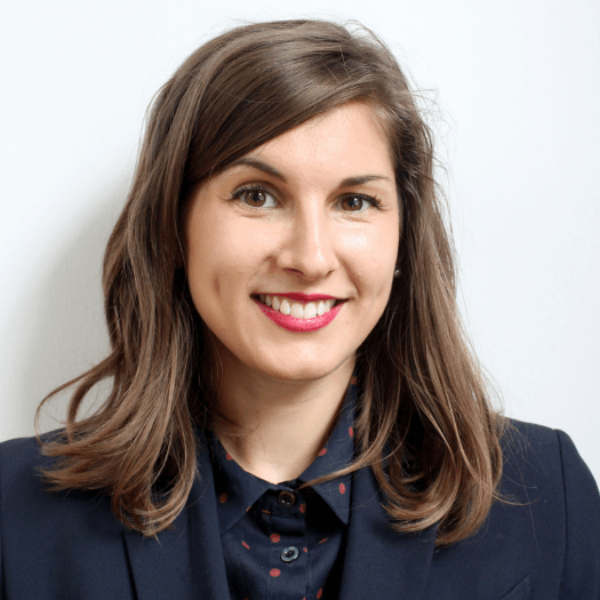 DemocracyNext
Claudia Chwalisz is an author, activist, and entrepreneur working to build new institutions for the next democratic paradigm of citizen participation, representation, and deliberation.

Why our failure to resist Putin enthusiastically will haunt us and how we can overcome it.
Paul Mason
Debate
To the blog
TagsCivil society, hausblog, pgs22, Resilient Democracy
share: