Learn what our new fellows and colleagues contribute and what they seek to achieve with us.

As Secretary-General of the German Advisory Council on Global Change, Maja Göpel works at the interface of science, politics, and society on the topic of sustainability transformations. She is a passionate researcher, who has led international campaigns for governance innovation for many years, and a professor at Leuphana University Lüneburg for systemic innovation and transformative leadership. At Das Progressive Zentrum, Maja is Policy Fellow in the area “Structural Change and Inclusive Growth” and is looking forward to exploring interconnections between social, ecological and technological dimensions of desirable futures and transform them into political strategies.

“I am concerned with the question, how we can finally collectively create the societies, that we wish for individually.”

“A new theory on the practice of transformations to sustainability.

Hedwig Richter is a historian at the Hamburg Institute for Social Research. Her research focuses on democracy, migration, and religion. Most recently, she was a deputy professor for Recent History at Heidelberg University. Hedwig also regularly writes for the FAZ, SZ, or taz and can often be heard on public radio. Her last book “Modern elections: A history of democracy in Prussia and the United States of America” (Moderne Wahlen. Eine Geschichte der Demokratie in Preußen und den USA) was awarded the Democracy Award of the University of Cologne.

“The joy and fascination for politics and the hope, that politics can contribute to a fairer, freer and more open society, in which as many people as possible feel comfortable. Furthermore, I want to spread optimism: Europe in its peace and prosperity is like a miracle, it is exceptional. Of course, there are plenty of problems – we have to protect the environment, fight the growing antisemitism, create better living conditions also in poorer member states and think more globally. But why should we not be able to achieve that?”

“I want to push forward the debate about democracy and, in doing so, leave many questions open: What do we mean by democracy? What is its goal? What happens, if citizens are not engaged in politics? What does democracy rely on – consensus, opposition, pluralism, arguments? How much of the nation-state does a democracy need? How do we make Europe even more democratic?”

Richy Ugwu is Founder and Executive Director at NEON Ventures, a Company Builder for corporates. At Das Progressive Zentrum, he works as Visiting Fellow in the programme area “Structural Change” on the topics digital transformation, start-ups, and innovation. Before, Richy built up a technology start-up and a subsidiary company of the METRO Group. Moreover, he works in different accelerator programmes as a mentor for start-ups.

“What drives me politically is the question, which role Germany and the German economy will play in a digital world. The changes in our way of life are no longer driven by decisions and regulations by national governments but by global mega-trends and international major powers (political as well as economic). In times, when our challenges (migration, digitalisation, structural change, climate change, etc.) do not have national borders anymore, it will be crucial, which role and weight Germany and the German economy will have.”

Christian Bergmann is Project Manager at Das Progressive Zentrum and leads the pilot project ‘The European Hub for Civic Engagement’. He graduated in European Studies (B.A.) at the University of Maastricht and Labour Policies & Globalisation (M.A.) at the Global Labour University in Kassel & Berlin. He was also visiting scholar at the Boğaziçi University in Istanbul, where he lived between 2012-2016. He is the Co-Founder and Political Director of ‘Paul Open Search’. In addition, Christian has been the initiator and curator of the exhibition project ’77□13 – Political Art in Resistance in Turkey’, which took place summer 2015 at the neue Gesellschaft für bildende Kunst (nGbK) in Berlin. Christian is also the co-producer of ‘Nuclear alla Turca’, a documentary film in the making about nuclear energy in Turkey.

“I regard climate change and the question of how we can counter social inequality on this planet as the key socio-political challenges of our times. If we have managed – exactly 50 years ago this year – to leave a footprint on the moon, then I am sure we can also manage to leave a planet for future generations that will save them from having to colonize other planets. We only have this one earth, so let’s make the best of it!”

“I am enthusiastic about topics related to machine learning, artificial intelligence, and how we can implement these technologies in a socially acceptable way to counteract climate change. I am firmly convinced that politics must not only be shaped by institutional parties and parliaments, but also by civil society actors in order to be effective in the long run. This is why I am now looking forward to actively promoting and building a European network of civil society actors and the civic-tech community at Das Progressive Zentrum, all within the framework of the ‘European Hub for Civic Engagement’”. 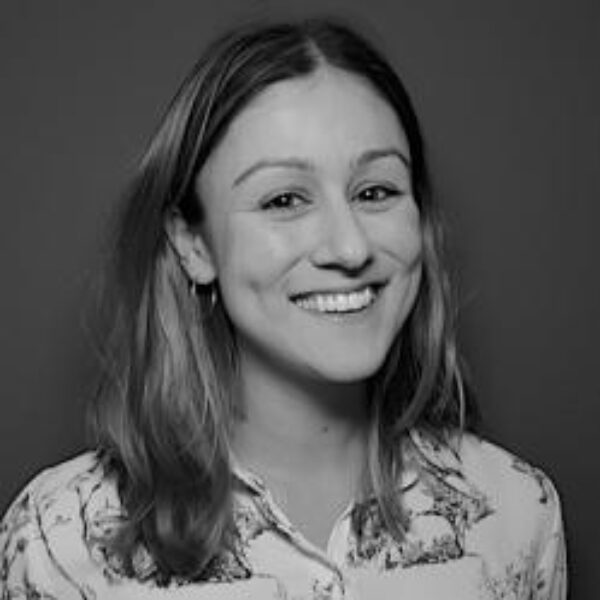