What is a crisis? What do crises do? The term is Greek and indicated the turning point in a serious disease following which the patient either died or recovered. Thucydides recognized its applicability to political events as he discussed the onset of the plague in Athens. The plague was a metaphor for Athenian democracy and its ills, somewhat like the plague was a metaphor for fascism for Albert Camus. But the plague becomes a crisis only as it enters the domain of human choice – choice not only of appropriate social policy (quarantine, lock-down, or return to work), but of personal courage and generosity versus selfish behavior.

It is important to distinguish between catastrophes and crises although they are often profoundly intertwined. The tsunami that devastated Aceh, or Hurricane Katrina that flooded portions of New Orleans, the earthquakes that periodically shake Italy or Mexico are catastrophes that become crises because societies must make painful collective choices – and we often make them badly. The catastrophe seems exogenous, and from one perspective it certainly is, whether it is the lethal mutation of the virus, or the lurching of the earth’s crust. But insofar as the surprising event impacts on humanity we discern that societal choices have exposed us to its destructive potential.

„The catastrophe becomes catastrophic (and a crisis) because earlier choices as well as immediate responses have been made badly.“

The catastrophe becomes catastrophic (and a crisis) because earlier choices as well as immediate responses have been made badly. Richard Evans’s history of cholera in Hamburg shows us that the terrible epidemic of 1892 was catastrophic because of the structures of inequality virtually enshrined within the self-governing city. Likewise – it was the African-American districts, products of racist segregation and poverty, that were especially vulnerable in New Orleans when Katrina struck. After the storm, political and bureaucratic mismanagement contributed another layer of misery for those from these disadvantaged milieus.

So, too, Covid-19 has highlighted the inequalities in American life – whether in income, housing, the deficiencies of a health-care system – and it also reveals the pathologies of the current presidency and thus opens to scrutiny what many Americans believe has been an ongoing crisis of politics.

A crisis itself as a historical process, and different from mere catastrophe, seems to possess a particular logic or morphology – the dialectical unfolding pointed out by Hegel and Marx, and historians of revolution such as Tocqueville.  Jürgen Habermas and Claus Offe returned to the theme in the 1960s and 1970s. A social or political or economic system in crisis is one that cannot simply right itself or return to a previous equilibrium; it is beset by so-called inner contradictions; actions intended to be corrective produce reactions, often unforeseen, that intensify the disorder; the system gyrates ever more wildly and is resolved only through significant self-transformation.

Louis XVI consents to the summoning of the Estates General and uncorks an acceleration of demands for reform that constrain his freedom of action and ultimately destroy his regime. German creditors demand that Greek or Italian citizens keep cutting budget deficits thus causing a deflationary collapse that endangers the Eurozone and ultimately perhaps their own export strategy, even as they also suggest that it is wage or social insurance demands at home that will destroy equilibrium.

Characteristic of a crisis is not only a sequence of options some of which are “right” and others “wrong” but a set of choices, either of which, it might be argued, could produce a further disaster. That does not mean that one was not more correct than the other. The crisis reveals only that the policies we did choose as a society turned out badly. For that reason, policy makers with a sense of self-importance or a desire for exculpation like to invoke the term “tragedy” or “necessity.” We historians thus can work with a carnival of counter-factuals. And we can plausibly emphasize both contingency and inevitably – they embrace each other like Ying and Yang.

Opinion leaders sense that Covid-19 has presented our societies with a crisis. At least it has presented the United States with a crisis – but the crisis is not the disease itself (that is a catastrophe) but the underlying conditions that have magnified its casualties and the political impact it may produce. Lawrence Summers, former Secretary of the Treasury and former president of Harvard University, has written that while the attacks of 9/11 and the financial crisis of 2008 “will fade over time from popular memory (…) the coronavirus crisis will still be considered a seminal event generations from now.” The crisis he believes “is a massive global even in terms of its impact (…) The performance of the US government during the crisis has been dismal.” He also sees a possible shift away from western democratic leadership of the global system and the potential for an Asian twenty-first century.

„Not all crises in normal usage turn out to be transformational.“

I agree with much of his assessment, but we should step back and think before we are carried away by the prediction. One caution must be that many events and crises that seemed epochal at the time turned out to deliver less long-term change than originally envisaged. Not all crises in normal usage turn out to be transformational. We emerge closer to preexisting conditions than seemed possible during the period of turmoil. Remember 1848, “a turning point that failed to turn” (Although in this case much more “turned” than appeared the case in the years of reaction that followed.) More recently, the Arab Spring was hailed as the opening of democratization in the Middle East and Maghreb. Results to date have been disappointing, to say the least.

But the more serious problem with invoking the diagnosis of crisis is that the symptoms of American dysfunctionality (“decline” if you wish) were in place before the Corona virus made them visible: the long-term trends toward growing income inequality, the under-funding of public education, the difficulty in extending medical coverage and the tremendous complexity that was the price of what progress has been made, and most clearly the intense political polarization.

To my mind this was not a question of blue states and red states each becoming more irreconcilable. It has been a product of the radicalization of an American “conservatism,” intent on recapturing what it saw as the slow attrition of its influence in culture and politics. To be sure, that phenomenon could be mobilized because of the ravages of neo-liberalism and underlying economic changes, which administrations of both parties welcomed since the 1980s.

Crisis as a Catalyst

But the purpose of this blog is not to provide an instant history of the last thirty years of American politics – some of which, such as the weakening of centrist parties, is part of a far broader global trend. What I want to suggest is that “crisis” derives from our sense of awakening to historical transitions long in the works – and transitions, we realize, that could have been navigated differently.

But this crisis is the product of social choices we failed to make.

Of course, a real catastrophe has taken place – an exogenous disaster. But to explain a crisis the social scientist must endogenize the impact as much as possible. This does not mean the event is not important. But this crisis is the product of social choices we failed to make. Of course, they would not have been easy to get right; resistance was tremendously strong and there were always good reasons to postpone correction. The disaster is real; the crisis also “real” is what we discover in the mirror. The historian just has to remember that we could have gazed earlier. 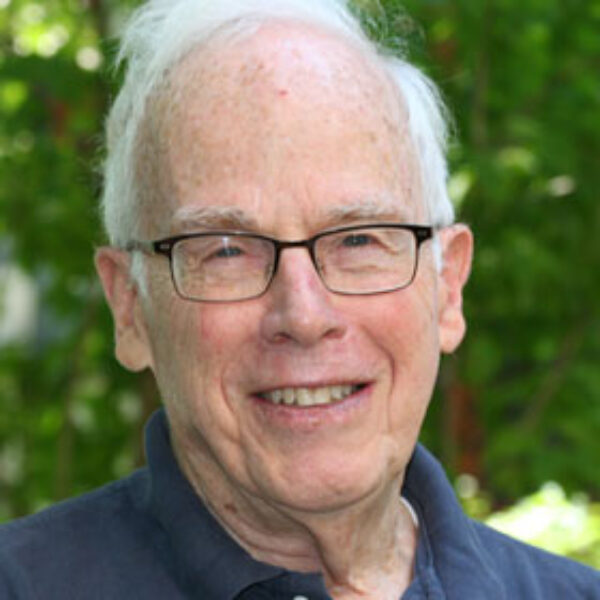