On the 10th of November Claudia Chwalisz’s book “The Populist Signal” was presented and discussed in the offices of Das Progressive Zentrum. The event took place in the context of the “TruLies: The Truth about Lies about Europe” project. Claudia Chwalisz advocates that democratic innovation as the answer to growing populism.

The rise of populist moments is a pan-European phenomenon. Germany and the UK also have populist and eurosceptic parties in the ascendency: UKIP received 12.6% of the votes in the May 2015 general election, and currently stands at 17% in the polls. The Alternative für Deutschland (Afd, Alternative for Germany) only narrowly missed the hurdle for entry into the German Parliament, the Bundestag, in 2013 – but would manage it today with 6% of the vote in current opinion polls. And the PEGIDA “movement” has cast attention-grabbing light onto Germany‘s latent right-wing populist sentiments. 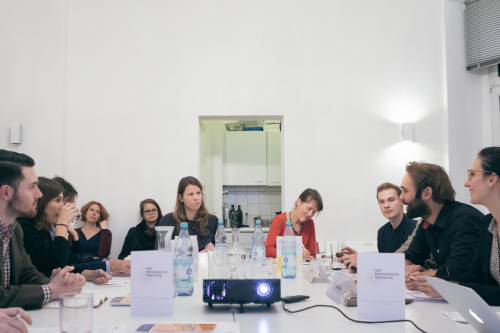 In light of these trends, Claudia Chwalisz (Senior Policy Researcher, Policy Network) presented her analysis and suggestions in the UK context. Her argutment in a nutshell: voters of populist parties have, amongst other things, been politically disappointed and often wish for more opportunities to participate. Democratic innovations such as citizens’ juries or citizens’ assemblies offer a possible solution. 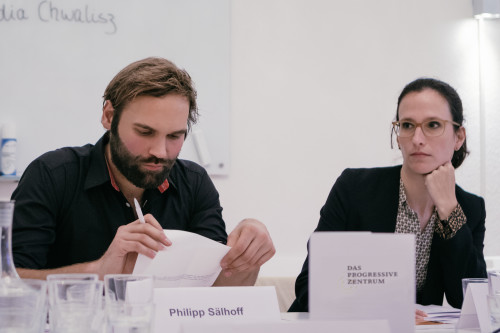 Following the presentation, Funda Tekin (senior researcher, IEP) commented on the suggestions put forward, in particular with a view to right-wing populist movements in Germany. In doing so she drew on initial outcomes of the “TruLies Europe” project, being jointly implemented by the IEP and Ds Progressive Zentrum. A discussion with participants, moderated by Daphne Büllesbach (Director of European Alternatives Berlin), followed the presentations.