The evening of the 16th of November 2015 saw the official launch of “TruLies Europe”, a joint project of the Institute for European Politics (IEP) and Das Progressive Zentrum. In the Berlin offices of the Stiftung Mercator, the project’s patron, the Minister of State for Europe in the German Federal Foreign Office, Michael Roth MdB, held a keynote address for some 100 invited guests. His speech was made in the aftermath of the terrorist attacks on Paris.

Roth impressively described the dangers posed by populism and anti-European movements, and called for convincing democratic answers to these challenges:

It is not new that many politicians are driven by populism and anti-European movements; that they see in Europe only the source of problems and never their solution. This cannot only be countered with good arguments. We must also take a stance 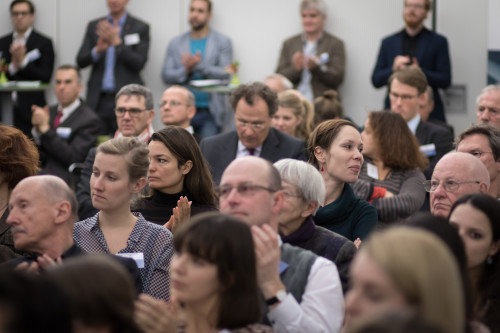 The current refugee crisis and the attacks on Paris on the 13th of November 2015 made standing up for European values – values such as democracy, openness and humanity – and showing a clear commitment to the European Union more important than ever, said Roth. He also emphasised that Europe, as a community of values, be represented and defended more credibly and more forcefully – especially given increasing anti-Muslim sentiments. Roth added: 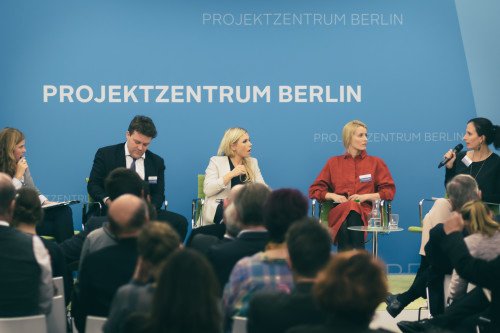 In their opening words of welcome, Prof. Dr. Mathias Jopp (IEP) and Dr. Rana Deep Islam (Stiftung Mercator), and in the closing words spoken by Dr. Tobias Dürr (Das Progressive Zentrum), particular emphasis was placed on the necessity of addressing the refugee crisis with solidarity at the European level.

The project “TruLies – The Truth about Lies about Europe” seeks to conduct a systematic analysis of the most common Eurosceptic and populist claims. In a second step, the outcomes of this analysis will be published in factsheets, with the aim that these contribute to societal debate. The premise of the project is that a sceptical view of the EU does not per se have a destructive impact, but should be subject to a fact-check. Initial results are expected in the course of 2016. The project is funded by Stiftung Mercator.