The CEO of the Royal Society of Arts on how our hierarchical, solidaristic, and individualistic impulses align to shape how we perceive and live democracy. According to him, the intertwining of these three cultural frameworks determine societal structures and have been applied in different constellations throughout history; the era of enlightenment, the post-war period, and the era of neoliberalism, as examples. Moving forward as a society, we need not only a rethinking of those frameworks, but also a bold, reimagined social settlement.

Matthew Taylor gave this speech at the Progressive Governance Symposium 2019 (PGS). It has been edited for clarity.

“John Hurst, in his Short History of Europe, argues that the European Project is really created out of three traditions: the Graeco-Roman tradition, which at its heart assumes the world to be logical and ordered. Secondly, the Christian tradition, which assumes the world to be evil, and that we can only be saved by our faith and our affiliation to the church. Thirdly, the tradition of Germanic warrior tribes which is based on the notion that fighting is fun and that conquest is great. So, order, values, and competition—this is what John Hurst sees as the origins of the emergence Europe and that frames the medieval period.

Charles Leadbeater, who is a futurist, management consultant, and a writer who works closely with the RSA, did a piece of work a few years ago. He looked at some of the most creative and innovative organizations in the world. He looked at Pixar, the animating company, FC Barcelona, the football club, an Indian social enterprise, a Cambridge molecular biology lab that was winning global prizes at the time. He asked what these organizations had in common.

What he found he phrased as “creative communities with a cause.” They combined a particular type of cause-based strategic leadership, a sense of commitment and collaboration to achieving something in the world, but also creativity, giving people autonomy and space to take risks, to be innovative. Psychology. The underpinning of the positive psychology movement lies in a theory called self-determination theory. Self-determination theory says that there are three fundamental human motivations. Those are: Firstly, mastery (the desire to be as good as you can be, at the thing that you have chosen to be), connectedness, and autonomy.

I would argue that organizations, places, societies are at their most effective when the hierarchical, the solidaristic, and the individualistic impulses which run in us as people and then are replicated at every level of society, are expressed and aligned. That’s when the magic starts to happen. So if you look at the history of humanity, broadly speaking, pre-history is a solidaristic period. That is the fundamental way human beings are organized—small, egalitarian groups. If you move into the period of civilization, we move into hierarchical domination, where societies are fundamentally structured around hierarchies stretching from gods down to slaves. And then, with the enlightenment, we move into an age of individualism.

I want to watch this speech

This and all other speeches of the Progressive Governance Symposium 2019.

Arguably, the triumph of the West is the fact that individualism joins with hierarchy and solidarity and creates an incredible dynamic

Now, we shouldn’t miss out that in this triumph of the West is the history of colonialism, oppression, and exploitation. But nevertheless, here is also an aligning of human potential which creates that incredible dynamism. When we talk about individualism at the level of society, we are talking primarily about markets as the primary institution. The state is the primary institution of hierarchy and civil society is the primary institution of solidarity. Individualism, as we know, creates problems. Its capacity to expand and take over society creates problems. Particularly, it generates monopolistic practices. It generates inequality—systemically.

And to that, in a modern era, we add a kind of hyper-individualism of consumerism, and now the impact of social media as well. So, we have a society which is dominated by individualism and that individualism is dynamic and creative, but it generates all sorts of pathologies and challenges as well. You could argue that the role of hierarchy at the level of government—the role of the state – is to balance the individualistic and solidaristic forces of society and hold them in creative tension.

We then moved into the period of neoliberalism

That solidarity deficit takes different forms. The left argues that this is a solidarity deficit which has to do with social injustice and the oppression of minority groups and the capture of politics by elites, whereas the right says the solidarity deficit stems from the fact that we have ignored the nation, we’ve ignored our tribe, we’ve ignored our faith, the bonds that we have together. This politics of the solidarity deficit is visceral. When you have a hierarchical debate, it is a technocratic, about what’s the best thing to do. If you have an individualistic debate, it’s a debate about my interest versus your interest. But if you have a solidaristic debate, it is my tribe vs your tribe, it is my values versus your values. It is a visceral debate, drenched in morality and identity, which is why politics feel so intractable right now.

Let me draw some conclusions

If you agree that progress involves combining and aligning authority, values, individualism, and that’s what makes organisations, people, places thrive what to you do in the face of those forces being unbalanced? The natural thing to do is: well let’s just turn that missing thing up, like a graphic equalizer, and everything will balance again. So left and right populism have an implicit belief that we simply need to dial up their form of solidarity to get back on track. But that does not work. It does not work because the system is dynamic.

Let me give you two examples why it doesn’t work. For the last thirty years, governments around the world have practised something you call new public management. New Public management is the attempt to drive individualism to public services. Government is good at hierarchy. It’s reasonably good at solidarity. It’s not great at innovation and risk taking. So what do we get? We get billions of dollars, huge amounts of change around it imposing markets on public services, stronger incentives on public services, contracting out of services. But the evidence is now clear New Public Management has been a failure and a pretty catastrophic one.

There is another example: corporate social responsibility.

It is the attempt of corporates because businesses are good at hierarchy and good at individualism to assert that they also have strong and benign shared values. The rise of corporate social responsibility has been accompanied on the one hand by a whole variety of examples of growth corporate malfeasance ranging from the banks to VW Diesel emissions to probably Boeing will turn out to be the biggest corporate scandal of all time, I suspect.

We have to reimagine a new social settlement.

We have to be as bold and as brave and as creative and as determined as were the architects of the post war settlement. And so my final minute: what might be the foundation of that new settlement. Because a new settlement needs to reconstitute what is meant by solidarity, and we need a story about nationhood and about belonging, and about cohesion. But we also need missions that will mobilize people.

Tackling climate change is such a mission. Making sure that technology works for social good is such mission. And, we need not just to talk about redistribution. We need to talk about dignity, empathy, respect, we need an account and a discussion on what solidarity means that is socially intelligent rather than merely around the metrics of inequality.

Secondly, we need a new idea of individualism.

And yes, this is around entitlements, around ideas like universal basic income or other notions of ensuring that people have the basics that they need in order to thrive as individuals. But it is also about rediscovering the romantic tradition and what Roberto Unger talks about: ‘The larger life for all’. It is having an account of individual flourishing, an agency and fulfilment an inspiring account of what we believe humanity is capable of. We as progressives need the individualists who mean it because we understand what individual fulfilment is really about, and it isn’t just possessive individualism.

And, then secondly there’s a debate around governmental experimentation. Different forms of governing, different forms of policy, more experimental, more agile, more engaging the public as partners, blurring the boundaries between state and civil society. Unfortunately, these debates do not really touch each other, they’re different kinds of communities and they need to come together to reinvent our democratic institutions and public sphere.

We have to reimagine a social settlement. This has to be how we progressivism, and in that process the place I think we need to start is renewing hierarchical legitimacy. That is where it seems to me the momentum is because unless we renew the legitimacy of leadership and authority, then it’s very difficult to imagine anything else being done.”

*The speech by Matthew Taylor has been edited for clarity*

Tell me more about the symposiums 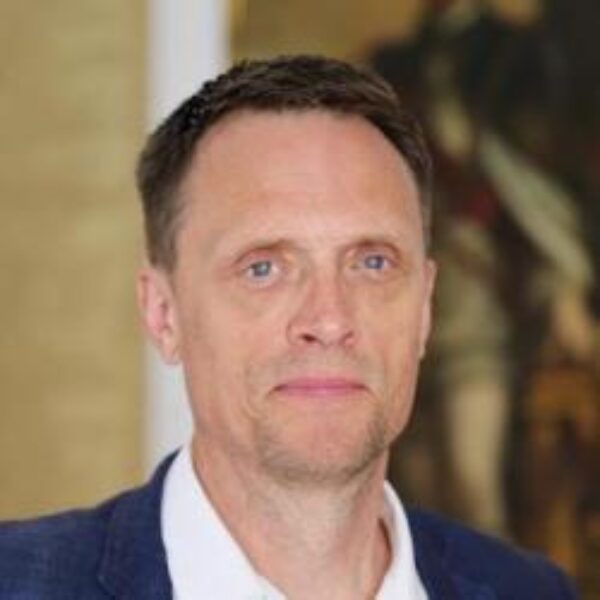 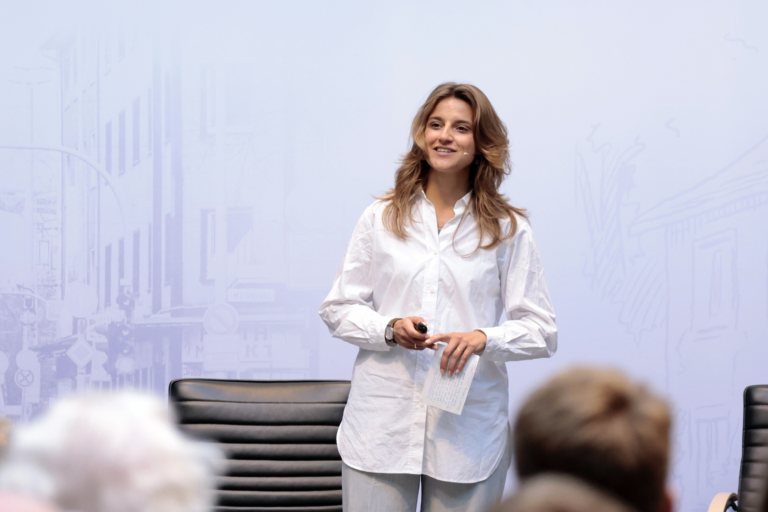 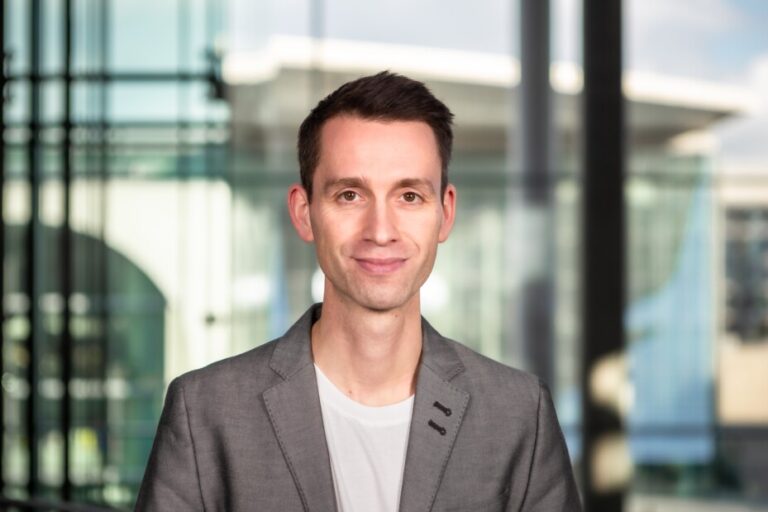 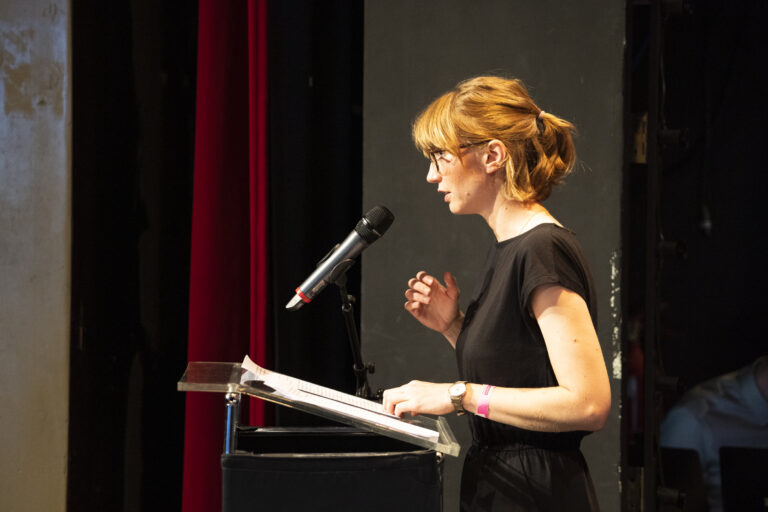